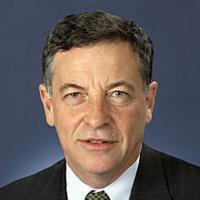 Robert Murray Hill is the former Ambassador of Australia to the United Nations (2006-09) and former Australian Minister for Defense (2001-06). He currently serves as Chancellor of the University of Adelaide.

Mr. Hill also serves as an Adjunct Professor in Sustainability, United States Studies Centre, at the University of Sydney.