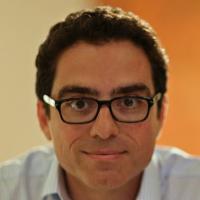 Siamak was arrested on October 15, 2015, when he traveled to Iran to visit relatives and attend a funeral. He is currently being held at Evin Prison’s Ward 2-A, which is controlled by the intelligence branch of the Islamic Revolutionary Guard Corps (IRGC).

Siamak Namazi is an Iranian-American businessman residing in Dubai. Siamak’s father, Baquer, is a former governor under the Shah of the oil-rich province of Khuzestan in western Iran. Siamak’s family came to the United States in 1983, when he was a boy. He became a U.S. citizen in 1993.

After graduating from Tufts University, Namazi returned to Iran for compulsory military service. From 1994 to 1996, he worked as a duty officer with the Ministry of Housing and Urban Planning in Tehran. In 1998, Namazi founded Future Alliance International, a Washington, D.C.-based consulting company focused on the risk of doing business in Iran. Namazi later worked as a Managing Director at a family consulting firm founded in Tehran that later moved to Dubai, the Atieh Group.

He has served as a World Economic Forum Young Global Leader and is a former public policy scholar at the Wilson Center in Washington, D.C., where he advocated for closer relations between the U.S. and Iran. He had been the head of the strategic planning division for Crescent Petroleum, an oil and gas company based in the United Arab Emirates, when he was arrested in Iran.

According to his brother Babak, Siamak has spent most of his time in prison in solitary confinement, has been tasered, beaten, and otherwise tortured, and has undergone lengthy interrogations. His cell does not have a bed, and he sleeps on the floor. On February 21, 2016, Siamak’s mother, Effie, wrote in a Facebook post that Siamak called her and said he had broken off a hunger strike he had recently initiated. Siamak’s health has reportedly deteriorated significantly during his captivity.

On July 11, 2016, Tehran’s prosecutor announced that Siamak had been indicted but did not specify the charges. On October 16, 2016, Mizan News Agency, a website linked to Iran’s judiciary reported that Siamak and his father Baquer were each sentenced to 10 years in prison.

On October 17, the same news agency published a short video showing Siamak’s arrest as evidence of “America’s humiliation.” According to Mizan, the two men were convicted of “cooperating with the hostile government of America.” On October 18, 2016, the judiciary’s official news website reported that Siamak and his father were sentenced to 10 years in prison for cooperating with the U.S. government. On August 28, 2017, their appeals were denied.

There is no evidence that Siamak has engaged in anything beyond what his business and academic work required. His friends and family have vociferously appealed for his release.