Cruel and Inhuman: Executions and Other Punishment in Iran

Iran’s judicial system remains among the most brutal in the world. Iran executes more people per capita than any other country and carries out more total executions than any nation but China (whose population is over 17 times the size of Iran’s). Tehran continues to target political dissidents and ethnic, religious, and sexual minorities for execution. Capital punishment can be—and often is—carried out against juvenile offenders and for nonviolent crimes.

The cruelty and inhumanity of Iran’s system of punishment goes well beyond executions, however. Individuals may be arrested and indefinitely detained without charge or on trumped-up offenses; subject to degrading treatment, including torture, in order to extract confessions; denied rights such as access to legal counsel and fair and speedy trial; and incarcerated in overcrowded prisons where they are subject to torture, rape, and other atrocities.

Here are some facts and figures on Iran’s use and abuse of punishment: 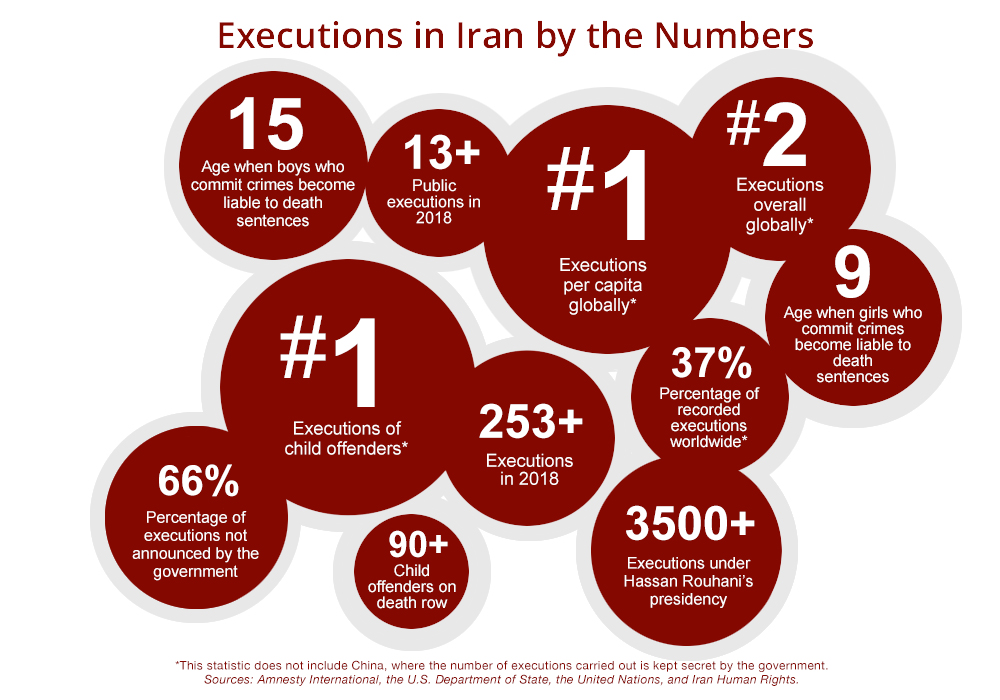 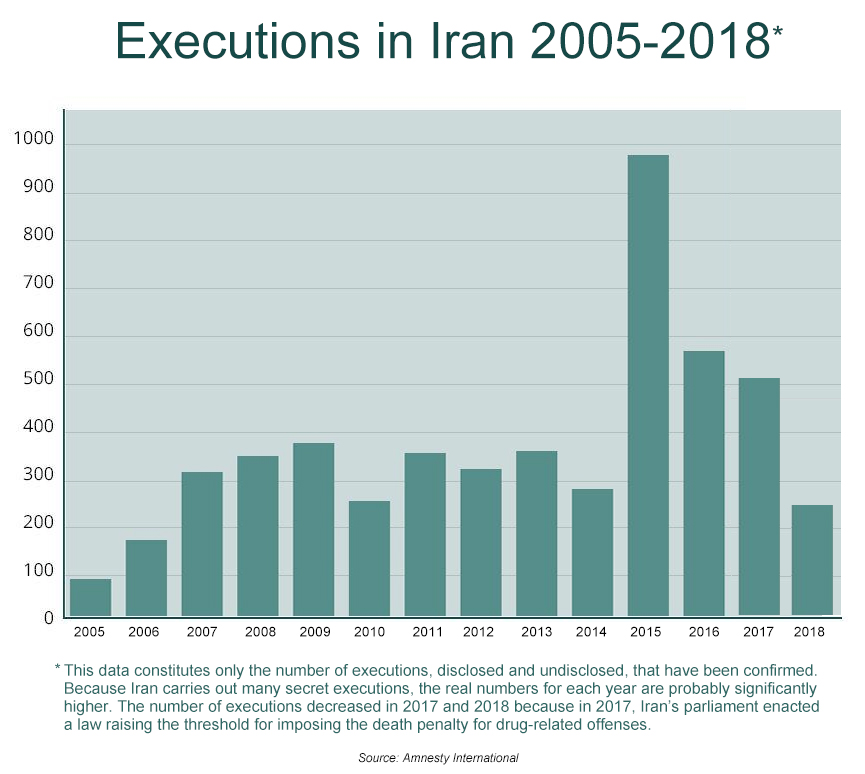 Iran executes the majority of convicts by hanging within prisons. The regime, however, also regularly carries out executions in public, including at least 13 in 2016. In many of these cases, the victim is publicly hanged from a construction crane, an especially slow and painful method of execution.

Stoning also continues to be a state-sanctioned form of execution. Other legal methods of execution include firing squad, beheading, and being thrown from a height.

Iran presently incarcerates an estimated 718 political prisoners and ethnic and religious minorities as of February 25, 2020. Such prisoners include:

Trampling on the Legal Rights of the Accused

The Iranian government frequently violates the legal rights of the accused by denying them:

Torture and Other Degrading Treatment of the Accused

Those arrested or detained in Iran face appalling treatment—often to coerce confessions—including:

Extreme methods of punishment in Iran include:

What's a Crime in Iran?

Iran violates the human rights of its citizens by arresting, detaining, imprisoning, and often executing them for “crimes” often committed merely by exercising fundamental freedoms. Many of these offenses are vaguely defined and can thus be exploited for arbitrary detention and punishment. Such crimes include (those punishable by execution are marked with an asterisk):

Those incarcerated in Iranian prisons are subject to cruel, inhuman, and degrading treatment, including: