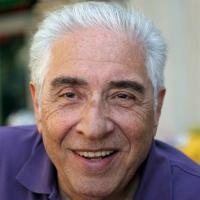 Iranian-American Baquer Namazi, born in 1936, is a former Iranian provincial governor under the Shah and UNICEF representative who worked in several countries, including Kenya, Somalia, and Egypt. Baquer most recently ran Hamyaran, an umbrella organization of a number of different Iranian NGOs.

On February 22, 2016, Baquer was arrested after arriving in Iran to visit his imprisoned son Siamak. Security forces detained Baquer at Tehran’s Imam Khomeini airport at night, as he returned home to Iran from Dubai, where he had gone for a medical check-up and to visit his grandchildren.

According to a report by the IRGC-affiliated news agency Fars, Namazi was arrested in order “to uncover the complex layers of vast financial and intelligence corruption by a network that is associated to the UK and America.” Baquer is also accused in the report of training his son Siamak in “espionage and infiltration and subversion operations.” According to a state-run television news program, Baquer has worked with foreign political figures and groups ever since he came to Iran in 2002 to create a “network that would implement the ambitions of Western spy agencies and anti-revolutionary lobbies.”

Baquer was held in Tehran’s notoriously brutal Evin Prison, where he was denied access to their family’s lawyer and spent long periods in solitary confinement. According to his wife, Baquer has a severe heart condition, as well as a host of other serious medical problems that require treatment, including epilepsy and severe blockages in the major arteries to his brain. According to Babak, Baquer’s son, his father has lost about 25 pounds during his time behind bars. According to the New York Times, Baquer was hospitalized four times during the year from January of 2017 to January of 2018. He also underwent triple bypass surgery during his captivity.

In August of 2018, Baquer was granted an extended furlough due to his medical problems, and he remains free as of October of 2019. His family has asked the Iranian government to permit Baquer to travel outside Iran to receive treatment.

On October 18, 2016, it was announced that Baquer was sentenced to 10 years in prison and fined $4.8 million on charges of cooperating with the U.S. government in a trial that only last a few hours. Effie, Baquer’s wife, announced on Facebook, “Now both my innocent son Siamak and my Baquer are in prison for no reason.” On August 28, 2017, their appeals were denied. Baquer’s former employer UNICEF has appealed for his release on humanitarian grounds.