(New York, N.Y.) — You are invited to join leaders from United Against Nuclear Iran (UANI) in New York on September 21 for a can’t-miss day of discussion with experts and decision-makers from the U.S., Europe, and the Middle East. 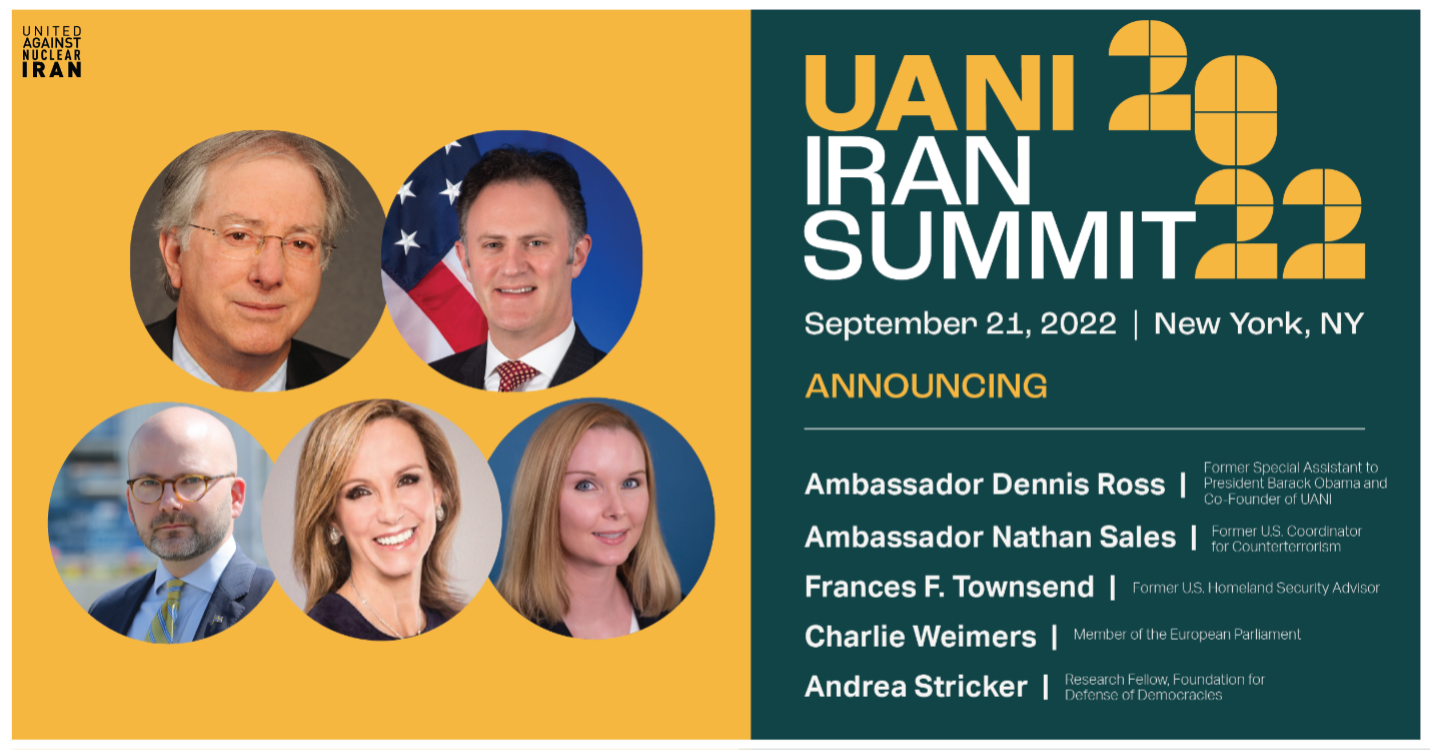