Activist and journalist Masih Alinejad provides a message to the West at United Against Nuclear Iran’s 2022 Iran Summit. 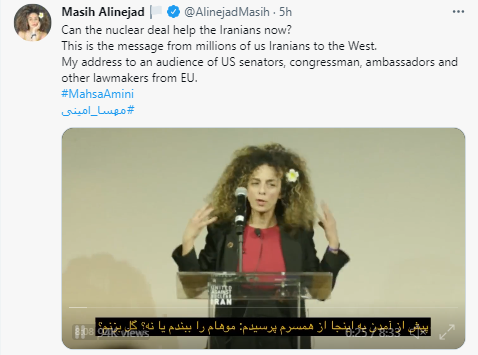 Iran’s culture minister bars actresses who have unveiled themselves in public or on social media from continuing their acting careers, all but guaranteeing that brain drain in the Iranian arts will worsen. Artists in Iran have been subject to regime repression since the ousting of the Shah and the founding of the Islamic Republic in 1979, yet Western art and culture continue to inspire millions of Iranians who desire freedom of expression. 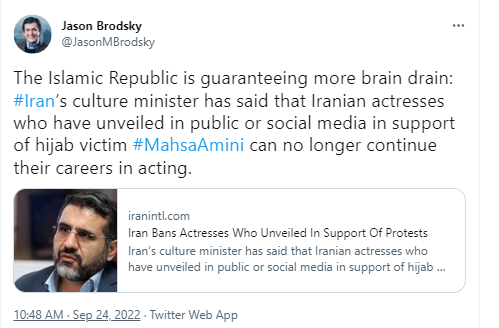 Flaming objects in the streets can be observed in scenes from the Kurdish-majority city of Oshnaviyeh. The people have blocked the streets in many parts of this northwestern city, and they can be heard in the background chanting slogans against regime officials. What appears to be a hijab is set aflame in one of the fires. Meanwhile, Iran’s Islamic Revolutionary Guard Corps have begun artillery shelling Kurdish opposition groups in northern Iraq, as the regime attempts to divert blame for the ongoing unrest. 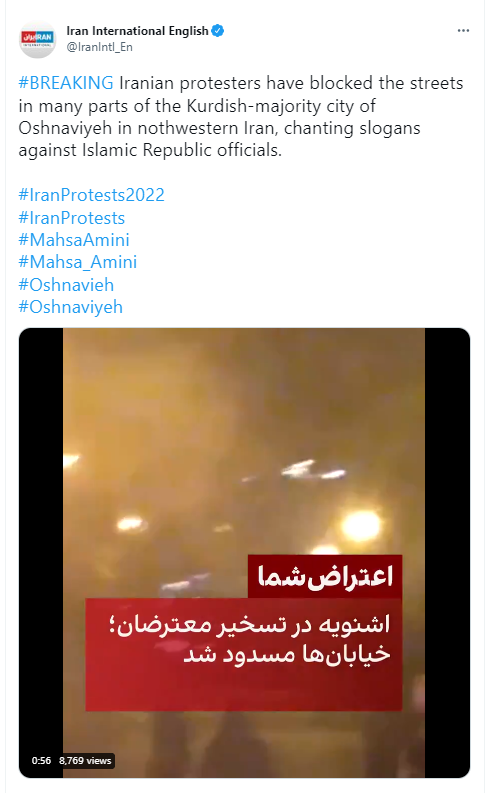 Countless young women have taken to the streets enraged by the vicious killing of Mahsa Amini. In this Twitter video, a young woman stands atop a car, swinging her hijab in the air and leading a crowd of surrounding people in chanting “death to the dictator.” This inspiring scene from Shiraz captures the pivotal role of women in firing up and leading the protest movement against the Islamic Republic. 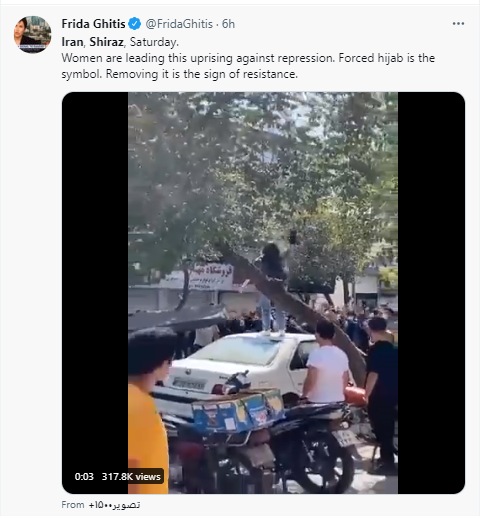 Activist journalist Masih Alinejad posts on Twitter a video of a young woman on the street without a hijab. Unveiling oneself in public is strictly prohibited under religious laws in Iran, and as such, is an act of defiance against the oppression of women. The tweet notes how this young woman’s bravery strikes fear into the ruling establishment. Her hair appears to be more of a threat to the regime, than their bullets and guns are to her. The Brooklyn-based activist Alinejad presents the notion of a hair revolution. 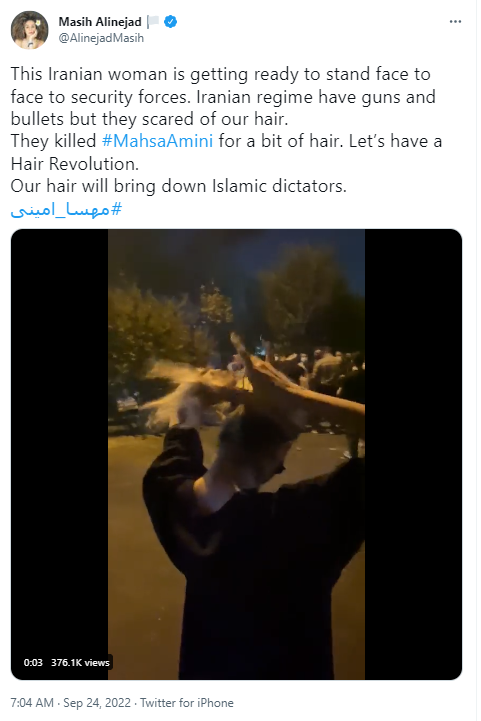 Fearless young Iranian protesters tear down a sign of the founder of the Islamic Republic, Ayatollah Ali Khomeini, in the northern city of Babol. Onlookers, also with their faces uncovered, join in cheering on the bold regime opponents. 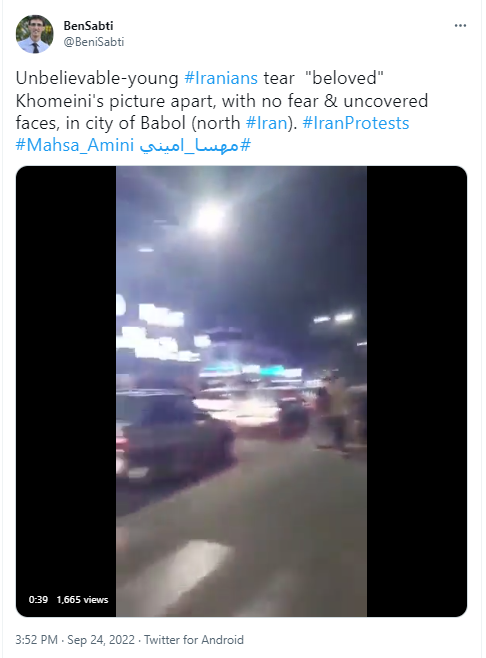 Pro-regime rallies are underway across the country to counter the influence of the unwavering anti-regime protests. At a pro-regime rally, a veiled woman holds a sign that reads, “the hijab is the law of my country.” A picture of the late, revered general Qassem Soleimani, Hezbollah flags, and a sign that reads “down with the U.S.A.” and “down with Israel” can also be seen. 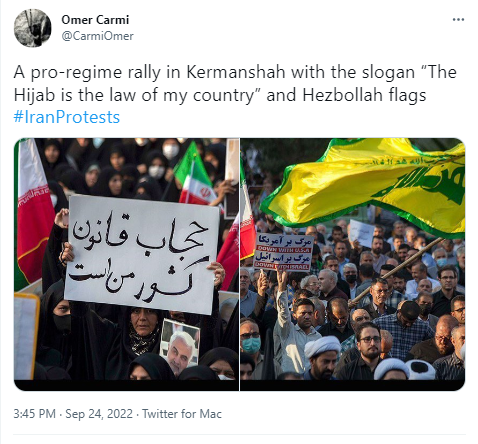 Protestors are chanting “death to Khamenei” in the streets of Karaj, while dark plumes of smoke billow from a large fire in the background. 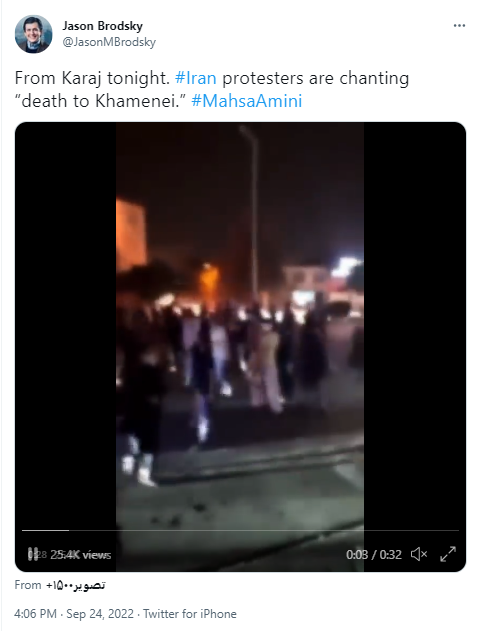 Iran reiterates its view that the U.S. is a hostile power. A spokesperson for the foreign ministry of Iran called out the U.S. Treasury Department’s decision yesterday to issue a general license that aims to make exemptions from U.S. sanctions for certain technology companies to expand internet access inside Iran.

The shutdown of Internet in Iran as a result of the protests has disrupted the online services offered by many pharmacies resulting in many people being unable to get their medications.