Norway-based Iran Human Rights said today that 92 people have been killed in protests in Iran.

Activist Twitter account 1500tasvir, which has more than 160,000 followers, posted a video of protesters calling for a nationwide strike.

Protesters chanted “we don’t want the Islamic Republic” in the hometown of Iran’s supreme leader and president, Mashhad. 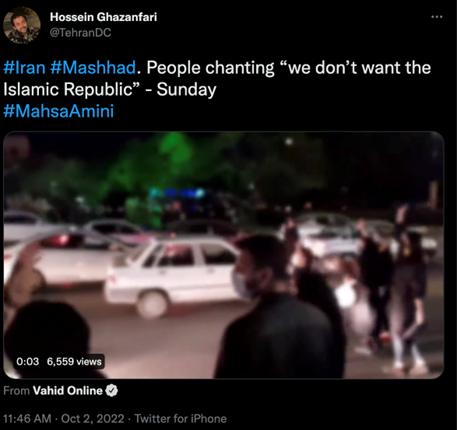 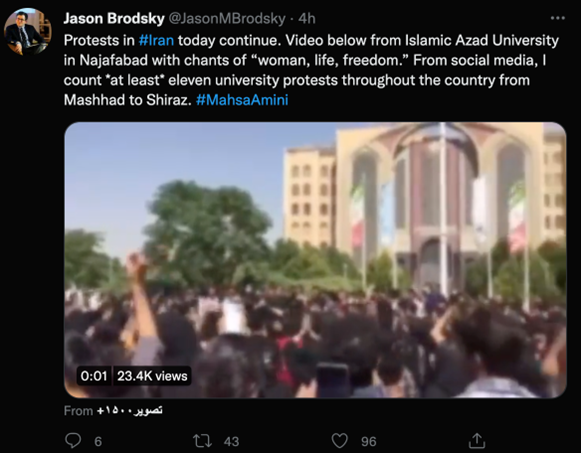 Iran Wire reported that security forces surrounded student protesters at Sharif University, and have been using shotguns to make them surrender. 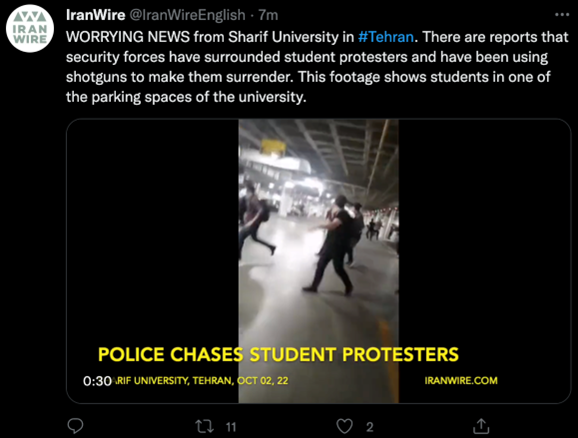 Tens of thousands of people gathered in Los Angeles yesterday to show support for the ongoing protests in Iran. 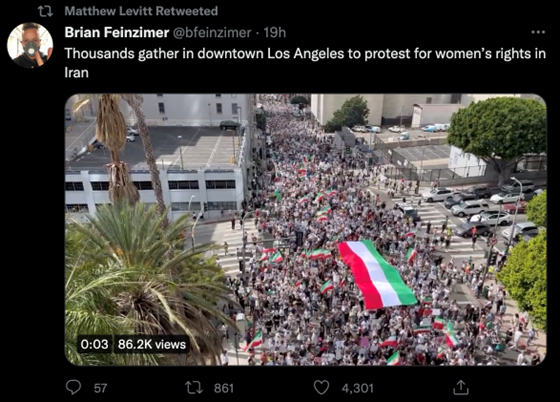 Tens of thousands of people demonstrated in Canada yesterday in solidarity with protesters in Iran. 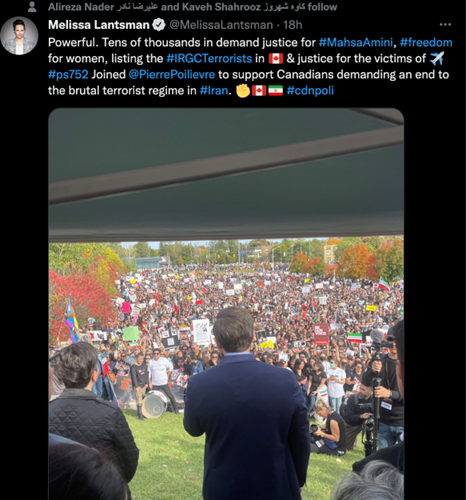 Huge crowds gathered in Paris today to demonstrate their support for the Iranian people’s uprising against the Islamic Republic. 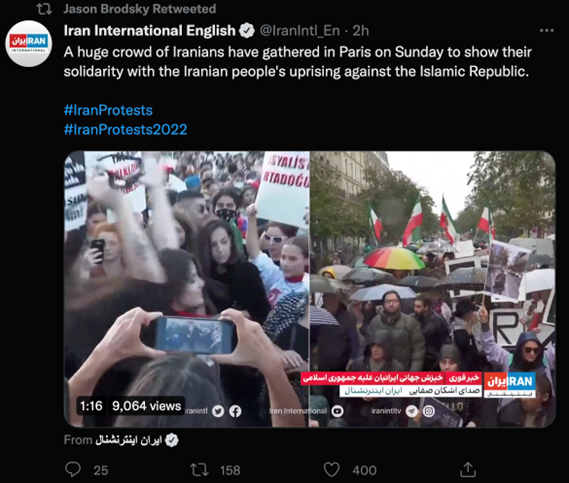 Iran’s speaker of the parliament Mohammad Bagher Qalibaf acknowledged that, unlike previous protests, the current protests aim to overthrow the Islamic Republic. He also said in his address to lawmakers that the “chaos in the streets will weaken social integrity, jeopardizing the economy while increasing pressure and sanctions by the enemy.”

Iran’s president Ebrahim Raisi said today that a “conspiracy” by the countries’ enemies had “failed,” though protests show no sign of letting up as they continue into their third week.

Iran’s protesters are finding ways to spread their message despite the internet blackout. Paper leaflets, graffiti, and satellite broadcasts from outside Iran are each being used to disseminate information, such as when and where planned demonstrations will take place.

“Economic despair is one factor unifying the government’s opponents and supporters,” The New York Times reported.