In 2002, it was revealed to the world that Iran was constructing covert nuclear sites at Natanz and Arak. The secretive nature of Iran’s nuclear development and Iran’s unwillingness to reveal the full scope of its program has since been one of the world’s most critical security issues, with fears centering on the overwhelming likelihood of Iran’s pursuit of nuclear weapons. Today, despite Iran’s long history of intransigence and continuing uncooperative stance regarding full disclosure, we know far more about its nuclear program and the numerous sites that comprise it. It is extensive, highly-developed and advanced to the degree that a military nuclear capacity is within the realms of possibility. With significant deposits of uranium, research facilities, uranium conversion and enrichment plants, and advanced light and heavy nuclear reactors, Iran has all the ingredients for the complete nuclear cycle, including weaponization. Click on each nuclear site on the below map to learn more. 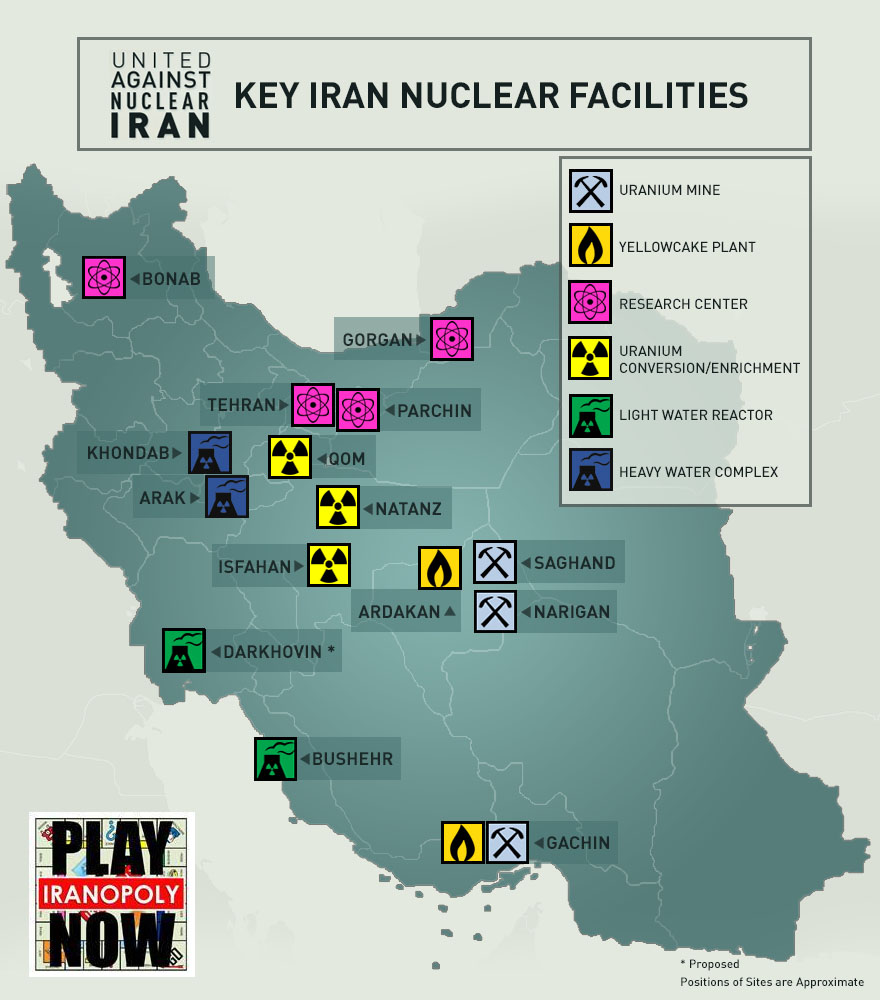 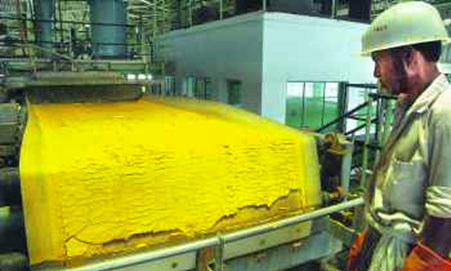 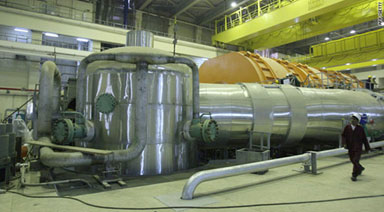 Located near Bandar Abbas, the Gachin uranium mill processes ore extracted from a nearby mine into yellowcake. In addition to producing 21 tons of yellowcake per year, Gachin is also used to mine uranium ore. Yellowcake from the Gachin mine is then shipped to Isfahan for further processing. 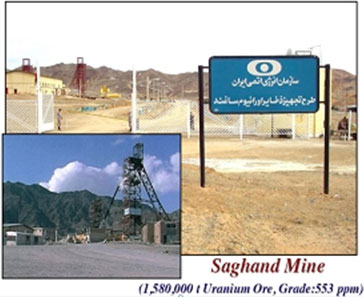 Named after a nearby spring, Saghand consists of an open pit and a deep mine reached by shafts of over 1,000 feet. Notably, Saghand is Iran’s largest uranium mine, producing an estimated 120,000 tons of uranium ore per year. While Iran officially began operations in Saghand in April 2013, ore exploration on the site began before the 1979 Islamic Revolution. Chinese and Russian technicians assisted in the design and construction of the mine.

The first reports of a secret nuclear research facility at Gorgan surfaced in the early 1990s. According to one report, scientists from Iran, Ukraine, Russia, and Kazakhstan were working at the Gorgan al-Kabir Center to develop nuclear weapons. Also known as Neka, the secret Gorgan facility is believed to be one of Iran’s largest nuclear research facilities. Sources have alleged that AEOI Deputy Chairman Mansour Haj Azim supervises the site, while two Russian scientists lead research efforts there. 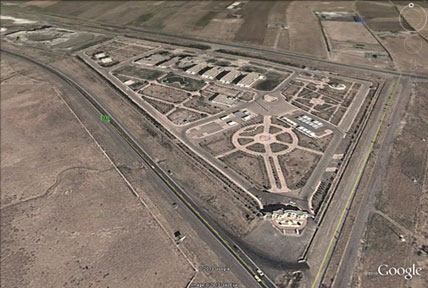 Operational since 1995, the BRC conducts research on nuclear technology for agricultural applications. Located south of Tabriz, the BRC is one of the main research facilities associated with the AEOI. In May 2011, the European Union listed the BRC as an entity linked to Iran’s development of nuclear weapon delivery systems. 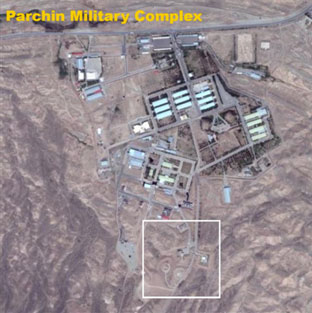 Consisting of hundreds of buildings and test sites, the Parchin Complex conducts research and development as well as the production of missiles and ammunition. Under cover of conventional weapons testing, Parchin conceals ongoing nuclear weapons research. Iranian officials have repeatedly refused to grant IAEA inspectors access to the site. 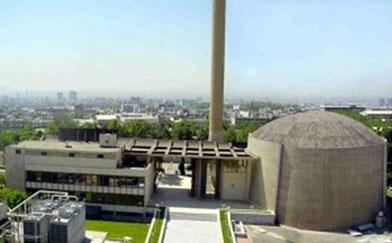 Located at the University of Tehran and overseen by the AEOI, the Tehran Nuclear Research Center (TNRC) is Iran’s main nuclear research facility. The TNRC houses several laboratories, including the Tehran Research Reactor, Iran’s largest research reactor, which produces medical isotopes. Iran also uses the TNRC to conduct a variety of R&D activities with military applications. Activities such as plutonium reprocessing and laser enrichment research are believed to be related to Iran’s secret nuclear weapons program. 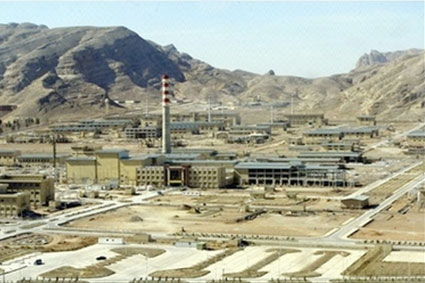 Also known as Ahvaz, Esteghlal, and Karun, the Darkhovin Nuclear Reactor is a planned nuclear power plant located on the Karun River south of Avhaz. While plans for the Darkhovin reactor have existed since 1979, the project was abandoned following the Iranian Revolution. In 1992 Iran pursued a contract with China to revisit the project, although it was later suspended. In 2008, however, Iran announced that it had entered the “design stage” of constructing a 360 MW power reactor at the site. According to Iranian authorities, the Darkhovin plant will become operational in 2016. 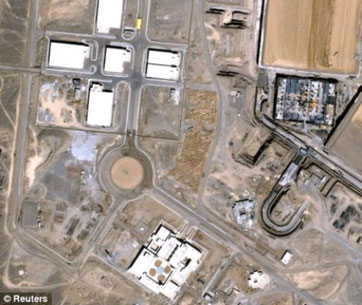 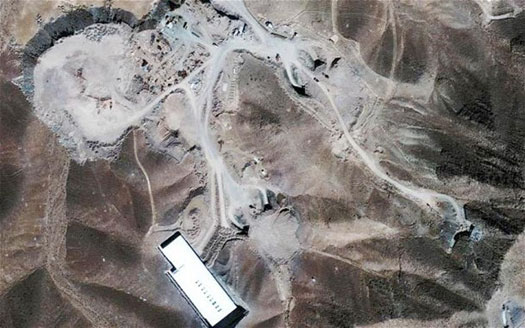 In 2006, Iran discovered additional significant uranium sources in the center of the country, at Narigan, as well as Charchooleh and in the Khoshoomi region. Then deputy chief for nuclear research and technology Mohammad Ghannedi heralded the news by announcing, “We have got good news: the discovery of economically viable deposits of uranium in central Iran.” There are reportedly an additional 20 sites currently under survey for potential uranium deposits. 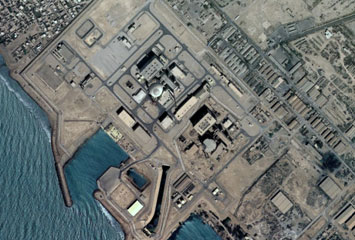 The Bushehr Power Plant is a 1000 megawatt-electric pressurized water reactor located near the town of Bushehr in southeastern Iran. The plant began operations in May 2011, and is Iran’s only operating civil nuclear power reactor. The Bushehr reactor has raised safety concerns due to its strange hybrid design, which involves the use of both Russian and old German equipment, some of which has failed since the plant began operations. The reactor is also precariously located near a major fault line, in a region that frequently experiences earthquakes. 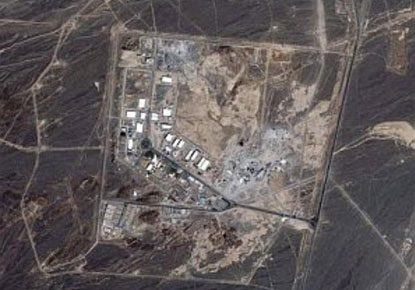 The Heavy Water Production Plant (HWPP) at Khondab will provide heavy water for the IR-40 reactor currently under construction at Arak. The HWPP began operation in November 2004 and can produce up to 16 metric tons of heavy water per year. While the plant briefly suspended operations following an IAEA report in 2009, satellite imagery shows that the plant continues to be in operation. 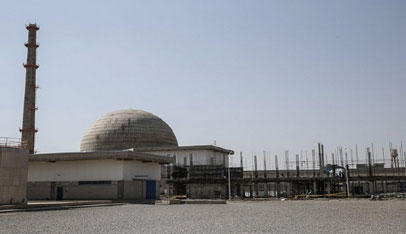 Construction of the IR-40 reactor in Arak began in 2004. In 2013, Iran installed the main components of the IR-40 reactor, including the moderator storage tanks and the pressurizer for the reactor cooling system. Heavy water reactors such as the IR-40 are a major proliferation concern because they are optimal for the production of high quality, weapons-grade plutonium. Analysts believe the IR-40 will be capable of producing approximately 9 kilograms of plutonium per year.