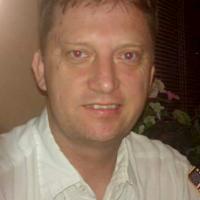 Michael White is a California native who served for 13 years in the U.S. Navy. He suffers from asthma and cancer. He flew from Los Angeles to Dubai on July 9, 2018, and then from there to Iran to visit a woman he claimed was his girlfriend. He visited her four times in several years, prior to his detention.

White’s family announced in January of 2019 that he was arrested that past July while in Iran to visit his girlfriend. The Iranian foreign ministry claimed in January of 2019 that White was arrested “in the city of Mashhad a while ago, and within a few days after his arrest the U.S. government was informed of the arrest through the Swiss Embassy in Tehran.” According to his mother Joanne, he was taken to court at least twice and has been held in Vakilabad Prison. White is the first American—to public knowledge—that Iran has taken hostage during the presidency of Donald Trump.

According to his mother, White, who has asthma and previously had cancer, “was badly beaten when he was arrested and… has been taken to court at least twice for proceedings in Farsi that he couldn’t understand. My son is not well. His health is deteriorating, and I want him back so I can get him the care he badly needs.” A spokesman for White’s mother later said that she was concerned that his cancer had returned. And in August of 2019, after the authorities permitted them to meet with White, Swiss diplomats learned that his cancer had come back. The diplomats were told that prison hospital physicians had excised a melanoma from his back and that White still had other health problems, including dental issues caused by his previous courses of chemotherapy.

White’s family started a GoFundMe account to pay for legal representation because he has no funds. Since January of 2019, White has not been permitted to contact his family.

An Iranian prosecutor stated in January of 2019 that White’s arrest was premised on the claim of an “individual plaintiff” and that he might be charged with security-related offenses, but was also being investigated for other, undisclosed possible security crimes.

The White family’s lawyer announced in March 2019 that White had been convicted of two charges—insulting Iran’s leadership and posting private photos on public platforms (namely, uploading a photo of him sitting with his girlfriend)—and sentenced to ten years in prison. However, U.S. Secretary of State Michael Pompeo later stated that White was serving a 13-year sentence. The lawyer added that White’s court-appointed lawyer did not know English.

In September of 2019, White’s mother said that he had lost his appeal.

The regime released White from prison on a medical furlough on March 19, 2019. He was transferred to the custody of the Swiss embassy, which handles U.S. diplomatic interests in Iran, and was immediately flown to Tehran for treatment. The government is prohibiting him from leaving Iran.

White’s mother had expressed worry that he would contract COVID-19 and die in prison because his immune system was compromised. She said prison personnel had not properly flushed and cleaned White’s chemotherapy port, which could cause a possibly lethal blood infection.

Prior to his conditional release, the Trump administration largely did not comment on White’s case in particular, while repeatedly calling for Iran to release all its American hostages. In February of 2020, before Iran conditionally released Iran on medical furlough, White’s mother complained about the administration’s treatment of his case, saying, “If it was a priority, they would have brought him back already. I don't think they're paying enough attention.”

When asked about White’s case by a journalist in January 2019, U.S. Secretary of State Mike Pompeo lauded the administration’s work to get hostages released but demurred from commenting about White. “With respect to the Michael White case in particular, I can’t say much,” Pompeo said. “It’s an ongoing consular matter.” However, in January 2020, Pompeo tweeted specifically about White, saying, “For the second straight year, U.S. Navy veteran Michael White spent his birthday suffering in a horrible Iranian prison. The Iranian regime must release all American and foreign hostages!”