"The CEO of SAIPA automaker group announced plans to resume the production of Nissan products in Iran. “Recently, we held negotiations with the officials of Japanese automobile manufacturer Nissan.” the CEO of SAIPA automaker group, Mohsen Qasem Jahroudi said. “According to the negotiations, a triple platform from Nissan will be introduced into the SAIPA automaker group,” he added. Nissan products were produced in Iran until a few years ago. One of the most famous of the products was Nissan Maxima whose production was stopped six years ago. Mr. Jahroudi stressed that Nissan will soon resume its activities in Iran." (March 14, 2018)

"Jahan Novin Trading Company (JNA Nissan), the authorized representative of Japan’s Nissan in Iran, unveiled its latest Nissan X-Trail in Tehran on January 5. According to the local automotive website Asbe Bokhar, the trading company is a joint venture set up by an Omani company, Suhail Bahwan Group and the Iran’s Ariya Group. Suhail Bahwan Group has been representing the Japanese auto manufacturer since 2004 in the region and is one of the majority shareholders of Nissan. By forging a deal with the Omani company, JNA Group was able to meet government requirements on importing consumer goods with the parent company’s authorization." (January  8, 2017).

"Iranian car manufacturing company Saipa is in talks with France's PSA Peugeot Citroen and Renault, Germany's Mercedes-Benz, and Sweden's Volvo to finalize deals on joint production of cars in Iran, Saipa officials announced on Tuesday.  Saipa CEO Saeid Madani announced that the company is in negotiations with PSA Peugeot Citroen to sign a deal, but at the same time noted that any deal would depend on the ongoing talks between Tehran and world powers over the country's peaceful nuclear energy program. He made the remarks on the sidelines of a ceremony held here in Tehran to unveil the production line of a new Volvo truck in Saipa Diesel factory… Japanese company Nissan has also declared its willingness to cooperate with Saipa and expand collabortions with the Iranian firm, he added." (Tasnim, Iran's Saipa Negotiating with European Automakers, 5/12/15)

"The Trade Promotion Organization of Iran has announced the list of cars which are allowed to be imported in the current Iranian year, but renowned brands such as Porsche, Benz, BMW, Maserati, and Nissan are not in the list, ISNA news agency reported." (AzerNews, "Iran bans imports of renowned car brands," 5/27/2013)

"Such car brands as Nissan, Peugeot (sedan and hatchback), Toyota for several reasons, stopped their car manufacturing in Iran several months ago. Because French Peugeot Company and Iran Khodro stopped the co-operation, the manufacturing of Peugeot 206 in Iran has stopped. As for Nissan's Maxima brand, the giant car manufacturer from Japan halted its business in Iran after 11 years. However, in both cases with Nissan and Peugeot, several models are still being sold in Iran, such as Peugeot's 405 model, and Nissan's Teana. The report said that aside from Nissan and Peugeot, such car brands as Chinese Lifan, Mazda, Suzuki, and Hyundai are still being manufactured in Iran." (Trend, "Five reasons why Iran's car manufacturing suffers blow after blow," 11/27/2012)

"A US activist group on Wednesday urged French automaker Renault and its Japanese partner Nissan to pull their business out of Iran because of its suspected program to develop nuclear weapons. In an open letter to Carlos Ghosn, the Renault-Nissan Alliance's chief executive officer, the advocacy group United Against Nuclear Iran (UANI) said, 'Renault's business dealings in Iran directly support the Iranian regime's ability to develop its illegal nuclear weapons program, support its terrorist proxies and puruse a brutal campaign of repression against the Iranian people.'... The UANI letter said it was 'disturbing' that Nissan was getting a contract valued at about $1 billion to manufacture a new fleet of New York City taxis while the automaker continues to do business in Iran. 'New York taxpayer dollars should not benefit a corporation, like Nissan, that partners with a regime that is the world's number one state sponsor of terror and has formed an alliance with al-Qaeda,' UANI said." (AFP, "US activists pressure Renault-Nissan to leave Iran," 4/5/2012)

"Nissan has a longtime relationship with the Iranian car company Pars Khodro Co., which has been producing Nissan cars and trucks for the Japanese company for sale in Iran since at least 1987. Nissan also does business with the United States government, selling the Department of Defense cars and trucks." From 2000-2009, the company was the recipient of $15.7 million US federal funds.  Their investments in Iran are currently active.  (The New York Times, "Profiting from Iran, and the US," 3/6/2010)

Nissan has a production facility in Tehran with Pars Khodro, a major Iranian automobile manufacturer. In 2008, Pars Khodro manufactured the Nissan Pickup, Maxima and Paladin in this facility. In 2007, Pars Khodro produced 7,967 Nissan vehicles. (Nissan, “Profile 2008”) 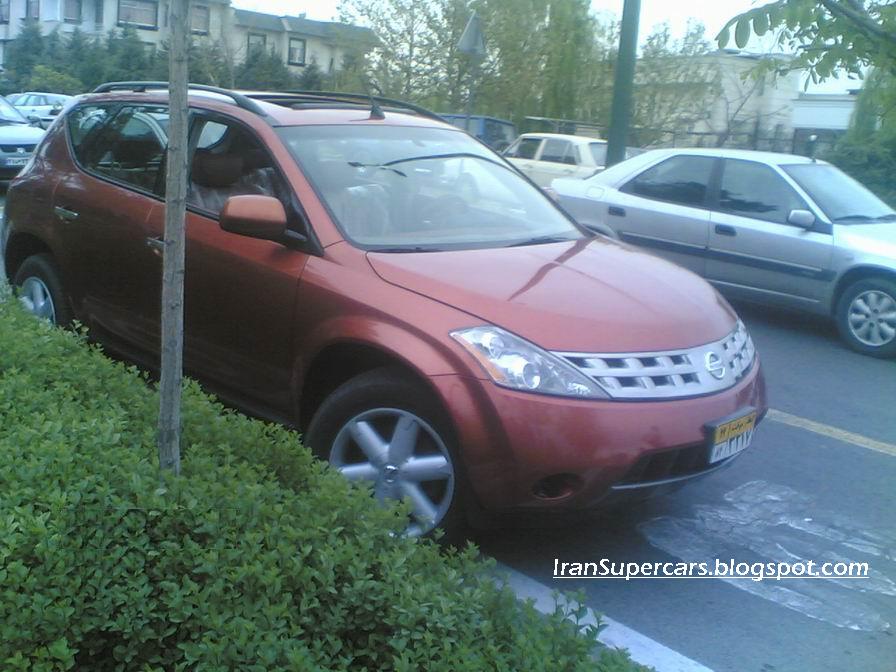