In January 2020, UANI profiled Saeed Mohammad, head of the IRGC’s Khatam-al Anbia Construction HQ (“KAA”).  Despite this prominent role, he has managed to evade U.S. scrutiny and sanctions and remained a relative ‘unknown’ - until now. Having just quit the KAA, Mohammad is emerging from the shadows with a potential Presidential run in June.

Should he win, Mohammad’s modest profile will prove a boon to Iran’s artful nuclear negotiating team, as it tries to squeeze out U.S. and EU concessions for a potential new nuclear deal.

Iran’s perennial Goebbels, Foreign Minister Javad Zarif will do his usual smooth-talking and hail Mohammad as first and foremost a capable business administrator, chosen by the Iranian people for his ability to get Iran’s flailing economy back on track.

Despite U.S. Iran Envoy Robert Malley’s claim that the June elections will not have any bearing on “the pacing” of the White House approach to negotiations, the perception of Iran’s medium-term political direction is quite obviously crucial. With the installation of an Iranian President who is seen as a non-hardliner, a new or revised deal can be far more easily marketed by Malley, Richard Nephew, Jarret Blanc et al to a skeptical American Congress and people.

As with the widespread depictions of current President Rouhani’s ‘moderation’ during 2013 (or as one unnamed EU official described him, “a kind of serious moderate who was methodical, thoughtful, and conservative.”), this false portrait will play squarely into Iran’s hands.

And deploying the same comparisons to the limelight-loving genocidal zealot Mahmoud Ahmadinejad, Iran’s President from 2005-2013, Saeed Mohammad could likewise be rendered by a deal-hungry, pliant press as “a moderate.”

Finally, we should expect the concessionary coalition’s relentless pushing of the ostensibly tempering facts that he has no military experience, and holds a doctorate in civil engineering, as evidence of (Dr.) Mohammad’s ‘civilian’ bona fides.

But before the disinformation campaign kicks off, let us be clear.

Mohammad is a true regime ideologue, hardliner and insider, who has devoted his entire adult life to the IRGC terrorist organization, ensuring its ongoing dominance of Iran’s economy. Since its founding in 1979, this economic domination has obviously been central to its ability to finance its own terrorism and sponsorship of other terrorist groups throughout the region and beyond.

Ultimately, he is as responsible for Iranian bloodshed as his famous but dead IRGC military counterpart, IRGC-Quds Force head Qasem Soleimani.

For a flavor of his 34-year career, he has served the IRGC’s “cooperative foundation” Bonyad Taavon Sepah – a vast investment vehicle sanctioned by the U.S., the EU and Canada; spent five years as CEO of the OFAC-sanctioned Sepasad group from 2009 to 2014; which was followed by stints at several other IRGC-owned/affiliated companies; and finally, landed the big one at KAA in 2018.  His ascent to the top role at KAA in 2018 is, alone, indicative of his absolute loyalty to the regime.

Interestingly, while at KAA, he shed his low-key style and became a vocal advocate for the notion of the ‘resistance economy.’ This concept is not simply based on the promotion of indigenous industry and statism, but the explicit evasion of international sanctions, of smuggling, of ‘getting around the rules.’ It is an overtly anti-Western concept that melds seamlessly with the Islamic Republic’s revolutionary and radical ideals, and includes “adopting a jihadi outlook” among its 24-point plan. Its most famous proponent is, of course, Ayatollah Khamenei himself.

Clearly there is nothing ‘moderate’ or even ‘reformist’ about Saeed Mohammad’s economic vision, which easily transposes to foreign affairs. He is indeed perfectly aligned with the Supreme Leader, who one suspects would be delighted to anoint this IRGC man as his likely final President, to carry on his regime’s radical anti-Western legacy. 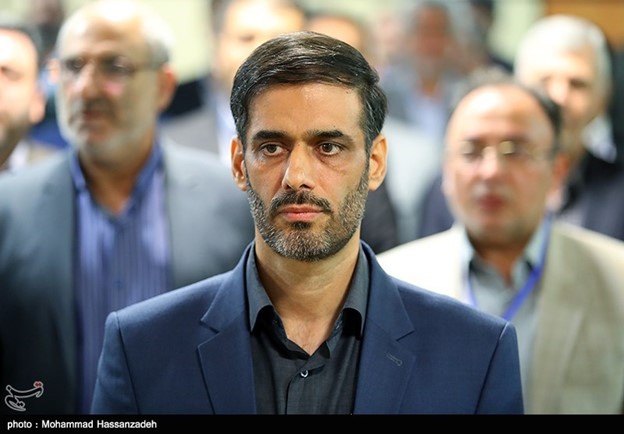 What Could the Top Contenders for Prime Minister Mean for UK Iran Policy?