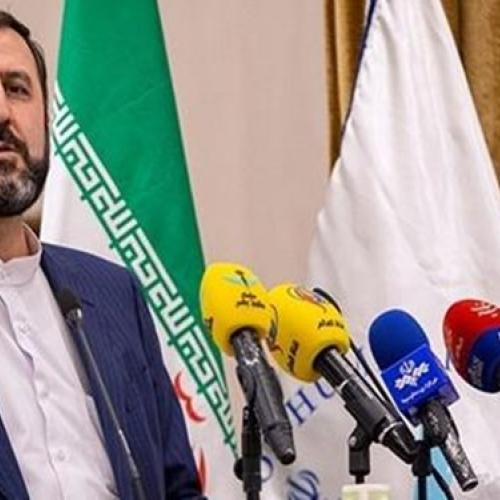 Secretary of Iran's High Council for Human Rights and vice president for international affairs of the Judiciary. The Council is part of Iran's Judiciary, which is notorious for political prosecutions and systematically violating the human rights of the accused. The Iranian regime uses the Council to defend itself against international criticism for human rights abuses. Indeed, the Council's website lists the first of the body's main duties as "Supervising and maintaining the Islamic Republic’s human rights positions on the international scene and countering attacks levelled [against Iran]". 1

Gharibabadi visited Evin Prison—notorious for its brutal treatment of inmates, including political prisoners—in October 2022 in an attempt to cover up human rights abuses there, including deaths in a recent fire. "Clashes and fires broke out by those incarcerated in Ward No. 7, where thugs and prisoners convicted of violent crimes are held," he said. "Hopefully, the fires did not spread to other wards... Evin Prison is now calm again, and the issue is fully under control... all of the convicts are in communication with their families and that those who suffered injuries have gotten care... prisoners' safety and security are of utmost significance. Prison officials have pledged to ensure that all inmates' rights are upheld in full".2

In October 2022, the Council released a report denying the regime's responsibility for the death of Mahsa Amini. The report claimed Amini's death "was not caused by blows to the head or any vital organs and parts of the body" and that "there was no beating" of Amini, despite documented evidence to the contrary. The report added, "The peaceful gatherings that took place in different parts of the country following the death of the foregoing person have unfortunately morphed into riots and vandalism," and "The rioters used social media networks to organize the riots and carry out acts of destruction, thereby inciting and provoking everyone to confront the police." The report claimed that "[t]he riots have nothing to do with the death of Mahsa Amini, hijab and women’s rights. The enemies of Iran used this pretext and sparked chaos and riots with their continuous plans".3

The Council has also simultaneously lied about and justified the regime's crackdown on the fall 2022 protests, including internet shutdowns4 and brutality by the Law Enforcement Forces.5 Gharibabadi has depicted the protests as riots; claimed (on Nov. 22, 2022) that "tens of thousands of firearms and weaponry from the riot instigators have been seized"; denied (that same day) claims that the authorities have detained 14,000 people; and blamed Instagram and Twitter for the use of their platforms to purportedly foment violence.6