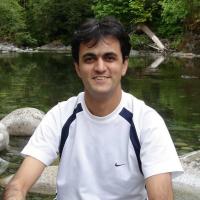 In 2004, Saeed Malekpour emigrated from Iran to Canada with his wife Fatima Eftekhari so she could continue her studies. They both attended the University of Victoria, where Fatima earned her PhD and Saeed followed in her footsteps. Saeed had earned a degree in mechanical engineering from Sharif University of Tehran and hoped that a Canadian degree would help him earn a better job. Before his move to Canada, Saeed worked for Iran Khodro, one of the country’s largest automakers.

By the fall of 2008, Fatima was enrolled in a post-doctoral degree at the University of Toronto and preparing for their move to a new home in Richmond Hill. Saeed had been working as a freelance web designer and programmer. He created a program to improve the uploading of photos to websites. At the time of his arrest, Malekpour was a Canadian permanent resident, with protection under Canada’s Charter of Rights and Freedoms. He was on a path to receiving Canadian citizenship and did not participate in Iranian politics.

Malekpour was arrested on October 4, 2008, while visiting his dying father in Iran. Malekpour was “snatched from a Tehran street in broad daylight and stuffed into the back of a car. He was blindfolded, beaten, and then taken to a detention center.” In March 2010, Malekpour wrote a letter about his arrest: “[A] few agents physically beat me severely and verbally abused me, while I remained handcuffed and blindfolded. They forced me to sign a few forms, but I was not able to read the contents.” According to Amnesty International, Malekpour’s arrest and sentencing were part of a larger operation called Gerdab (Whirlpool) which was conducted by the Cyber Crimes Unit of the Revolutionary Guards in 2008 and sought to crack down on on-line activities deemed “immoral” or “un-Islamic.”

Prison guards dislocated Malekpour’s jaw in January 2009 when they beat him and kicked him in the face. Malekpour made a televised “confession” in 2009 that he later retracted in a letter sent from inside prison. Malekpour wrote, “A large portion of my confession was extracted under pressure, physical and psychological torture, threats to myself and my family, and false promises of immediate release upon giving a false confession to whatever the interrogators dictated ... Such mistreatment was aimed at forcing me to write what the interrogators were dictating, and to compel me to play a role in front of the camera based on their scenarios.”

Malekpour “suffered severe injuries due to beatings, and serious illnesses while in prison, including kidney problems and rheumatism, none of which have been properly treated.” He detailed the torture he endured in a March 2010 letter: “Most of the time, the torture was performed by a group. While I remained blindfolded and handcuffed, several individuals armed with cables, batons, and their fists struck and punched me. At times, they would flog my head and neck… Sometimes, they used extremely painful electrical shocks that would paralyse me temporarily… Once, in October 2008, the interrogators stripped me while I was blindfolded and threatened to rape me with a water bottle.”

In addition to describing the physical torture in his letter, Malekpour reported that he found the psychological torture he experienced even worse. He writes: “The physical torture was nothing compared to the psychological torments. I endured long solitary confinement without phone calls or the possibility of visiting my loved ones, constant threats to arrest and torture my wife and family if I did not co-operate, threats to kill me. They also gave me false news that my wife had been arrested. My mental health was severely threatened. I had no access to any books or journals in the solitary cells, and at times, I would not speak to anybody for days.”

After the authorities commuted Malekpour’s second death sentence, he was moved into the prison’s general population, but his health paid the price for years of physical and emotional abuse. He suffered a heart attack and was taken to the hospital, where he was shacked to his bed and kept under permanent guard.

Malekpour’s trial began on November 29, 2009, over a year after his arrest. He was represented by a lawyer that was not permitted to meet with him until a few minutes before the trial started. During the trial, the court dismissed Malekpour’s allegations of torture and mistreatment as lies. In December 2010, he was sentenced to death, convicted of “designing and moderating adult content websites,” “agitation against the regime,” and “insulting the sanctity of Islam.” At the same time, he was sentenced to seven and a half years’ imprisonment on charges of “insulting the Leader,” “insulting the President,” “insulting Islamic sanctities,” and “spreading propaganda against the system.” There was no evidence against Saeed other than the forced confession extracted under torture.

The death sentence was rescinded by the Iranian Supreme Court in June 2011 and the case was transferred to a lower court for further investigation. Following a retrial, in October 2011 Saeed was again sentenced to death in November 2011 by a branch of the Revolutionary Court. In January 2012, this second death sentence was upheld by the Supreme Court. After international condemnation, Malekpour’s death sentence was subsequently commuted to a life imprisonment. In August 2013, his lawyer announced that the death sentence had been reduced by Iran’s Amnesty and Clemency Commission because Malekpour had “repented for his actions.” Malekpour then began serving a life sentence in Evin Prison.

In 2011, Canada’s foreign ministry issued a statement expressing concern over the fate of Malekpour as a Canadian of dual nationality. In 2012 the Canadian House of Commons took an urgent and unanimous stance expressing deep concern for Malekpour’s safety and demanding that Iran be held accountable for his treatment and release Malekpour and other unjustly detained prisoners.

In the summer of 2019, the Iranian authorities granted Malekpour a furlough. He then escaped Iran via another country and returned to Canada.