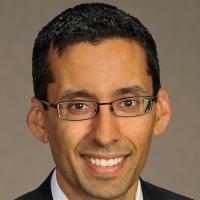 Michael Singh is managing director of The Washington Institute and a former senior director for Middle East affairs at the National Security Council.

During his tenure at the White House from 2005 to 2008, Mr. Singh was responsible for devising and coordinating U.S. national security policy toward the region stretching from Morocco to Iran, with a particular emphasis on Iran's nuclear and regional activities, the Israeli-Palestinian conflict, Syria, and security cooperation in the broader Middle East. Previously, Mr. Singh served as special assistant to secretaries of state Condoleezza Rice and Colin Powell and at the U.S. embassy in Tel Aviv.

Mr. Singh served as a Middle East advisor to the Romney presidential campaign from 2011-2012, and cochaired Mr. Romney's State Department transition team in 2012. He served as an adjunct fellow at the Belfer Center for Science and International Security at Harvard's Kennedy School of Government and as an economics instructor at Harvard College. Mr. Singh serves on the advisory board of the Harvard International Review, and is a former term member of the Council on Foreign Relations. He is also an advisor to Callaway Capital Management, an investment firm specializing in frontier markets.

Mr. Singh has written extensively on the Middle East, broader US national security strategy, and the organization and management of the US national security apparatus. His writings have appeared in the Washington Post, New York Times, Wall Street Journal, Foreign Affairs, International Security, and elsewhere, and he has appeared as a commentator on CNN, Fox News, MSNBC, and other outlets.