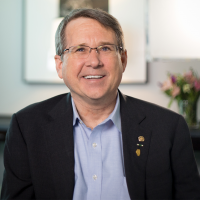 Senator Mark Kirk retired from Congress in 2016 as the Appropriations’ subcommittee Chairman of Military Construction and Veterans Affairs and the Banking, Housing, and Urban Affairs’ subcommittee Chairman of National Security and International Trade and Finance.   Mr. Kirk also served on the Appropriations’ subcommittees of Commerce, Justice, and Science; Labor, Health & Human Services, and Education; Legislative Branch, State, and Foreign Operations; and Transportation and HUD. The Health, Education, Labor, and Pensions Committee along with the Special Committee on Aging were also part of Mr. Kirk’s work in the Senate.

After receiving a Direct Commission into the U.S. Navy Reserve, Mr. Kirk served as an Intelligence Officer for 23 years.  He served multiple tours with the Defense Intelligence Agency in the National Military Command Center in the Pentagon and deployed during Operation ALLIED FORCE in Kosovo and Operation ENDURING FREEDOM in Afghanistan.  Mr. Kirk retired in 2013 at the rank of Commander.

Mr. Kirk worked for several years on the staff of his predecessor in the House, Congressman John Porter, before moving to the World Bank and later the State Department where he served as the Special Assistant to the Assistant Secretary of State for Western Hemisphere Affairs.  He practiced law at Baker & McKenzie before serving as a counsel to the House International Relations Committee.  In 2000, he was elected to the U.S. House of Representatives where he served five terms before his election to the U.S. Senate.

After serving 10 years as a Republican centrist in the U.S. House, Mr. Kirk brought his coalition building approach to the Senate where he rallied consensus on issues ranging from human rights to sanctions against Iran. Having traveled to more than 40 countries, Mr. Kirk made foreign policy, national security, and defense cornerstones of his public service.  Representing Illinois with its numerous, multi-national companies across sectors, ranging from transportation and infrastructure to agriculture, pharmaceuticals, and health care, Mr. Kirk established and co-chaired the U.S. China Working Group in the House along with the Kidney Caucus.  He continued both in the U.S. Senate.  When threatened with dissolution, Mr. Kirk led efforts that successfully reauthorized the Export-Import Bank.

Senator Kirk is currently developing a professional portfolio that leverages his unique foreign affairs expertise, particularly in China and Israel, and is focused on defense and aerospace, emerging technology and cyber security, and international trade and finance.