Chairman of the Strategy Committee of the Henry Jackson Society 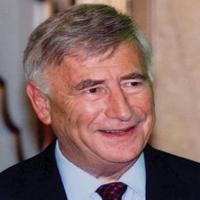 Lord Stanley Kalms built the Dixons Group into one of Europe’s leading electronic retailers with 40,000 employees. He was awarded a Life Peerage in June 2004. He is Chairman of the Strategy Committee of the Henry Jackson Society.

He funded several business ethics programmes, including a Chair in Business Ethics at the London Business School. Lord Kalms has also served as Chairman, King’s College Healthcare NHS Trust; non-executive Director of British Gas plc; Former Governor of NIESR; Founding Director of Business for Sterling; Founder and sponsor of the Dixons Bradford City Academy. He was also the Treasurer of the Conservative Party (2001- 2003).