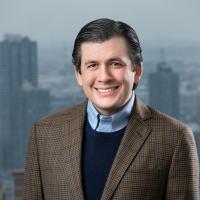 Jason Brodsky is currently the policy director of United Against Nuclear Iran (UANI). Previously, he was senior Middle East analyst and editor at Iran International TV. From 2013-16, he served in a variety of capacities at the Wilson Center, including as special assistant (research/writing) to the Director, President and CEO former Congresswoman Jane Harman; as a research associate in its Middle East Program; and as special advisor to Distinguished Fellow Aaron David Miller. Earlier in his career, Jason served as a fellow at the White House in the Executive Office of the President. His research specialties include leadership dynamics in Iran and its Islamic Revolutionary Guard Corps (IRGC), Shiite militias, and U.S. Middle East policy. He also has experience with foreign policy communications and speechwriting.