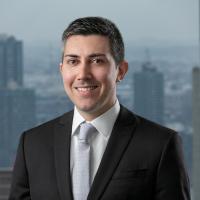 Daniel Roth is the Research Director for United Against Nuclear Iran, where he directs business intelligence and corporate engagement efforts. Previously, he worked for Anglo
Irish Bank and Deutsche Bank in London, England. His op-eds have been published in The Times, the Jerusalem Post, New Europe, The Times of Israel, Daily Caller and Investor’s Business Daily. He has given radio/TV interviews for the BBC/BBC Persia, CNBC, and iHeartRadio. Mr. Roth holds a B.A. in Politics &amp; Modern History (First Class) from the University of Manchester, England and an M.Sc in International Public Policy from University College, London.