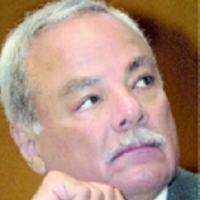 Ambassador Cresencio (Cris) Arcos has had a prestigious career which involves many senior positions in and out of government. Presently he is the Senior Political Advisor to the Center for Hemispheric Defense Studies at the National Defense University and a Senior Fellow at the  Center for the Study of the Presidency. Most recently, he was Government Affairs Counselor at Kirkpatrick Lockhart and Preston Gates LLP. He was the first Assistant Secretary and Director of International Affairs at U.S. Department of Homeland Security. Previously, he was AT&T Corporation Vice President and Managing Director for International Public Affairs for Latin America and Canada for market access, regulatory framework, business development and fair competition. He was appointed as a Member of the President’s Foreign Intelligence Advisory Board by both Presidents Bill Clinton and George W. Bush.

Ambassador Arcos retired with the rank of Ambassador from the U.S. Department of State after 25-years. The last position of his diplomatic career was as Senior Deputy Assistant Secretary of State for International Narcotics and Law Enforcement. Before, he was named U.S. Ambassador to Honduras by President George H. W. Bush. Prior to this posting, he was Deputy Assistant Secretary of State for Inter-American Affairs. He also served on the Department of State’s North American Free Trade Agreement (NAFTA) Task Force.

Ambassador Arcos was The White House Coordinator for Public Diplomacy on Central America and the Deputy Coordinator in the Office of Public Diplomacy for Latin America at the Department of State. He also served as the State Department’s Deputy Director of the Nicaraguan Humanitarian Assistance Office. His Foreign Service postings abroad included: Belgium, Portugal, Brazil, Soviet Union (Russia) and Honduras.

Honors and Awards: State Department Superior Honor Award 1990; Superior Honor Award 1981; Meritorious Honor Award 1977, U.S. Information Agency; the Honduran Government’s highest award, the Order of Morazan; Univ. California (Irvine) Regents’ Fellow (1998-’99).
Cris is listed in Who’s Who in the World, America, the South, the Southwest and Among Hispanics.  He speaks Spanish, Portuguese, Italian, French and Russian.  He was born in San Antonio, Texas . From 1968-1970, he served in the U.S. Army as a combat engineer.