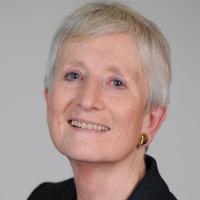 Pauline Neville-Jones is the former UK Minister for Security. She was educated at Lady Margaret Hall, Oxford, where she read Modern History. She was a Harkness Fellow of the Commonwealth Fund in the US from 1961 to 1963. From 1963 – 1996 Pauline was a career diplomat during which time she served in British Missions in Rhodesia, Singapore, Washington and Bonn. From 1991 to 1994 she was Deputy Secretary to the Cabinet and Head of the Defence and Overseas Secretariat in the Cabinet Office. Between 1993 and 1994 she was Chairman of the Joint Intelligence Committee. From 1994 until her retirement, she was Political Director in the Foreign and Commonwealth Office, in which capacity she led the British delegation to the Dayton negotiations on Bosnian peace. From 1996 to 1998 she was Managing Director for NatWest Markets and Chairman of NatWest Markets France. She was Vice Chairman of Hawkpoint partners Ltd., then the corporate advisory arm of NatWest Bank plc, from 1998 to 2000. She was Chairman of Qinetiq Group PLC from 2002-2005. In 2006, she was appointed by David Cameron to head the Conservative Party’s National and International Security Policy Group. She took the title Baroness Neville-Jones of Hutton Roof on entry into the House of Lords in October 2007. She was appointed Minister for Security and Counterterrorism and a Privy Councillor in May 2010. She stepped down from her Ministerial responsibilities in May 2011 and is now the Prime Minister’s special representative to business on cyber security.

Pauline Neville-Jones is an Honorary Fellow of Lady Margaret Hall, Oxford and Doctor of London University, City University and the Open University. She was made a companion of the Order of St. Michael and St. George in 1987 and a Dame Commander in 1996. She is a Freeman of the City of London and a Chevalier of the Legion d’Honneur.