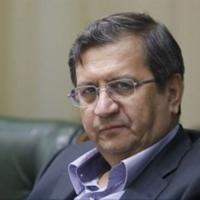 The 64-year old economist and politician Abdolnaser Hemmati was the director of the Central Bank of Iran (CBI) from 2018 until late May 2021, when President Hassan Rouhani removed him after it became clear that he would a front runner for Reformist and centrist factions due to the Guardian Council’s disqualification of candidates. Hemmati belongs to the Executives of Construction Party, originally a traditional center-right party constituted by technocrats formed by former President and Islamic Republic co-founder Akbar Hashemi Rafsanjani that has been close with Reformists.

As CBI director between 2018 and 2021, Hemmati oversaw a tumultuous period under the Trump administration’s maximum pressure campaign. Many credit him with implementing some stability in the foreign exchange market.

Shortly before Hemmati took the helm at the CBI, the Trump administration designated Hemmati’s predecessor Valiollah Seif and a senior staff officer for facilitating the transfer of millions of dollars through the central bank itself to allow the Qods Force to fund its activities abroad.

The Islamic Republic’s financial sector and CBI have previously been targeted with sanctions due to their role in the finance of illicit activities. Under the Obama administration in 2011, the United States designated the entire Iranian financial sector, including the CBI, as a jurisdiction of “primary money laundering concern.”

Between 2006 and 2016, Hemmati was the CEO of Sina Bank and Bank Mellat, both of which were designated by the United States and the European Union for a series of illicit activities such as facilitating weapons proliferation and finances for the Qods Force, the external operations branch of the Islamic Revolutionary Guard Corps (IRGC). The European Union designated Hematti in 2011 in his capacity as Sina Bank CEO but then delisted him under the 2015 Joint Comprehensive Plan of Action (JCPOA). Hemmati also served as the board chairman at Future Bank, designated in 2008 by the US for acting on behalf of Bank Mellat. The US delisted these entities under the JCPOA and imposed new sanctions following its exit from the nuclear accord in 2018.

Hemmati began his post-1979 revolution career as an economist in the Agricultural Jihad Ministry. He then transferred to the state-controlled media corporation Islamic Republic of Iran Broadcasting (IRIB), the regime’s primary propaganda arm, where he remained until 1994, reaching senior positions of political deputy and director-general of news broadcasting. At IRIB, Hemmati worked for a decade with then-director Mohammad Hashemi-Rafsanjani, the younger brother of Akbar. After his tenure at IRIB, he served as the director of the Central Insurance Corporation until the mid-2000s, and he is credited in the media as the “father” of private insurances in the Islamic Republic.

Relations with the Supreme Leader

After the Guardian Council disqualified all prominent candidates who could be classified as Reformist or Reformist-aligned pragmatists, many in those factions argue that there is little choice other than to try to rally around Hemmati, making him the main candidate for those camps.

Hemmati faces an uphill battle. He was widely considered a candidate who registered at the last minute ahead of Guardian Council vetting. He has not yet acquired the official backing of Reformists, but that may change in the days leading up to the election to generate support and enthusiasm. Hemmati’s hopes center on distinguishing himself during the televised debates and generating a wave of support. In the first debate, former IRGC head Mohsen Rezaei threatened to have Hemmati and other Rouhani officials tried for treason due to their managerial failures. Hemmati alleged other Principlist candidates on the panel as surrogates for Raisi. Hemmati argued that he had helped prevent the economy from going off a cliff and become another Venezuela after the reimposition of sanctions under the US maximum pressure campaign. Hemmati has argued that he is running to prevent Iran from facing total isolation like North Korea. Hemmati pleaded for Iranians to abandon their apathy and vote for his technocratic competence. It is unclear whether Hemmati can convince many in the electorate that a Reformist or Reformist-backed president cannot fulfill campaign promises.