Sadegh Larijani’s career in Iranian politics includes a decade as head of the judiciary (2009-2019); multiple election victories for the Assembly of Experts; membership on the Guardian Council, which ended abruptly in 2021; and his current chairmanship of the Expediency Council. Given his extensive knowledge of Islamic jurisprudence and administrative experience, he had been viewed by observers as a possible successor to the supreme leader of Iran. However, corruption allegations following the end of his career in the judiciary and the marginalization of the Larijani dynasty in Iranian politics have reduced his standing. 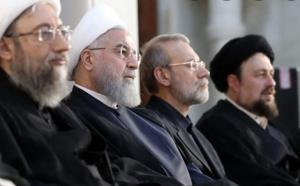 Sadegh Larijani was the son of Grand Ayatollah Mirza Hashem Amoli and is the brother of former Speaker of Parliament Ali Larijani, and former Iranian Deputy Foreign Minister and Secretary-General of Iran’s High Council for Human Rights Mohammad-Javad Larijani. The youngest brother in the family, he was born in the holy Iraqi city of Najaf in 1960 and moved to Iran when he was one year old. Larijani’s family played no role in the 1979 Islamic Revolution, as his father practiced a school of Islamic thinking that abstained from politics. His father-in-law, Grand Ayatollah Hossein Khorasani, is believed to have opposed the Iranian clergy’s decision to promote Ali Khamenei as a marja’ taghlid (source of emulation) in the nineties. Nevertheless, Larijani ascended to prominence in Iranian politics with the blessing of the supreme leader. The Larijani family held a considerable amount of power within the complex Iranian political system for years. 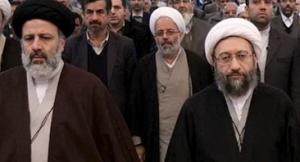 Larijani began his political career in the late nineties when he was elected to the Assembly of Experts to represent the Mazandaran province. He would, therefore, serve on the body that is constitutionally tasked with selecting the next supreme leader and supervising the incumbent’s performance. In 2001, Supreme Leader Ayatollah Ali Khamenei appointed Larijani to the powerful Guardian Council, which determines who can run for legislative and presidential elections and whether parliamentary laws are consistent with Twelver-Shia religious teachings and the Khomeinist doctrine.

Iran’s supreme leader then tapped Sadegh Larijani to replace Mahmoud Hashemi Shahroudi as judiciary chief of Iran in August 2009, as discontent with the way Shahroudi handled members of the opposition rose following the Green Movement protests. Their terms in office were some of the darkest periods for Iranian human rights, as the leadership sought to consolidate power in the aftermath of the contested 2009 reelection of then-President Mahmoud Ahmadinejad.

Larijani then presided over the mass trial of one-hundred opposition figures who disputed the 2009 presidential election. A hardline conservative himself, he publicly denounced more moderate political figures, and oversaw the prosecution of political activists. The U.S. government sanctioned Larijani in 2018 and explained in a press release that he had overseen “the execution of individuals who were juveniles at the time of their crime and the torture or cruel, inhumane, and degrading treatment or punishment of prisoners in Iran, including amputations.” The judiciary targeted the family members of political activists. For example, the daughter of the chief of staff of presidential candidate Mir-Hossein Mousavi’s campaign, Atefeh Emam, was imprisoned and pressured into making a confession to implicate her father. By some accounts, over 100 activists were killed in connection with the presidential elections.

Larijani also declined to use the powers of his office in the judiciary to counter the Guardian Council’s decree that only Muslims can run in elections for majority-Muslim communities, which it passed to prevent a Zoroastrian, Sepanta Niknam, from serving in the city council in Yazd. 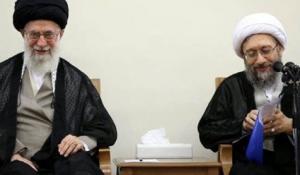 Shortly before Ebrahim Raisi was chosen to take up the mantel of judiciary chief in 2019, the supreme leader appointed Larijani to chair the Expediency Council in December 2018 when Ayatollah Mahmoud Hashemi Shahroudi, the incumbent chairman, died. In this respect, Larijani replaced Shahroudi in two positions—as chief justice and now as chairman of the Expediency Council. The Expediency Council, an unelected body, is intended to advise the supreme leader and resolve disputes between parliament and the Guardian Council. In this new role, Larijani increased his control over the institution. With the approval of the supreme leader, he appointed Brigadier General Mohammad Bagher Zolghadr as his secretary, after the longstanding former secretary, Mohsen Rezaei, was elevated to the position of vice president for economic affairs in the Raisi administration. A former chief of the Islamic Revolutionary Guard Corps’ (IRGC) Joint Staff and a onetime deputy of Larijani when he was chief justice, Zolghadr is poised to exert significant influence over the institution in favor of Larijani, while also appeasing government hardliners who seemed eager to unseat Larijani.

As chairman of the Expediency Council, Larijani may have to continue to deal with the fate of the Financial Action Task Force (FATF) action plan reforms. When Rouhani was president, his government submitted four bills on money laundering and terrorism financing to parliament for their approval, hoping to comply with the FATF’s action plan, which would result in Iran’s removal from its blacklist of jurisdictions in which terror financing and money laundering risks run high. Iranian officials viewed Rouhani’s anti-terrorism bills as being linked to the nuclear negotiations in Vienna. Lawmakers subsequently approved the bills, but the Guardian Council rejected some of them, which put the remaining bills’ fate in the hands of the Expediency Council. While previously advocating in their support, Larijani, as chairman of the Expediency Council, shifted toward the hardline position and reportedly removed the bills from the top of the agenda, with only a month left to comply with the FATF’s action plan demands. As of early 2022, there has been no movement. But if there is a return to the Iran nuclear deal, the FATF file may resurface at the Expediency Council.

In September 2021, Larijani abruptly resigned from the Guardian Council upon its decision to bar his brother, Ali Larijani, along with other more pragmatic candidates, from running in the presidential election. In Larijani’s view, the intelligence agencies had a hand in the decision. But according to a letter sent to Ali from the Guardian Council, he was disqualified because of his politics. The secretary of the Guardian Council, Ahmad Jannati, reportedly wrote that Ali was too closely involved with the Rouhani government, which negotiated the Joint Comprehensive Plan of Action (JCPOA). Another factor in the decision was the fact that his daughter, Fatemeh, has lived in the U.S. and has worked as a doctor in Ohio.

Larijani rose in Iranian politics as a loyal lieutenant of the supreme leader. On one occasion, he even warned President Rouhani against voicing opposition against Ayatollah Khamenei. Further privileging the supreme leader, he once said that “votes do not bestow legitimacy upon the government.” This opinion is consistent with state doctrine, known as Velayat-e faqih (“Guardianship of the Juror”), which places ultimate political authority with a preeminent religious leader to be selected by the Assembly of Experts based on his “personal piety, expertise in Islamic law, and political acumen.” These views earned him the grace of the supreme leader and reactionary clerics like the late Ayatollah Mohammad Yazdi, a former chief justice himself, who would later turn against Larijani. Yazdi attacked Larijani in public statements just as he was stepping down from his post at the judiciary amid corruption allegations. 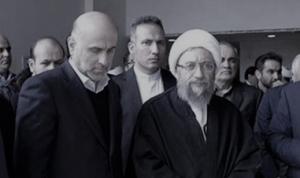 Larijani left the office of judiciary chief amid turmoil. After stepping down from the judiciary in 2019, not only was Larijani publicly censured for silencing critics of the regime, but he also became the focus of his successor and future president Ebrahim Raisi’s anti-corruption probe, with his former deputy, Akbar Tabari, being arrested. Tabari was sentenced to thirty-one years in prison for allegedly “setting up and heading a bribery network.” Some analysts view the probe as a means of undermining Larijani’s reputation and thereby impeding his chances of becoming the next supreme leader. Raisi, who led the probe as judiciary chief, is also a possible successor to the supreme leader.

But it was not the first time the Larijani family was accused of corruption; back in 2013, then-President Ahmadinejad claimed in a parliamentary session that he had a taped conversation between Larijani’s other brother, Fazel Larijani, and former prosecutor general of Tehran, Saeed Mortazavi, which proved that the family had been using positions of power for personal gain.

In 2016, parliament member Mahmoud Sadeghi protested that the judiciary chief had been funneling bail money into his personal account. Whether these accusations had any merit remains unclear, but in 2017 they were launched into the limelight. Then-President Rouhani exchanged accusations of corruption with Larijani, and speculation grew in Tehran that Larijani used his position as judiciary chief to enrich himself to the tune of $77 million. Former U.S. Secretary of State Mike Pompeo alleged that Larijani was worth at least $300 million in a speech at the Ronald Reagan Presidential Library.

Larijani is a well-decorated member of the Iranian establishment, but his influence has decreased considerably since leaving the post of chief justice. He became the object of popular ire in that he was harsh on his critics from his post and allegedly corrupt. Many Iranians think that the anti-corruption probe and the public reproaches he endured by prominent politicians, as well as his brother’s exclusion from running in the 2021 presidential election, were manufactured in order to push both of them out of power, and ultimately prevent Sadegh’s possible elevation as supreme leader. The supreme leader’s decision to appoint Raisi as Larijani’s successor in the judiciary is evidence that he likely had the final say in Larijani’s political demise. Moreover, Raisi would not have spearheaded the legal initiative against Larijani’s allies without a greenlight from the supreme leader. Nevertheless, Larijani will remain a player in the Iranian system given his chairmanship of the Expediency Council—when Iran’s supreme leader passes away or becomes incapacitated, the Expediency Council may have to approve a member of the Guardian Council to serve on an interim leadership council in the event one is formed.