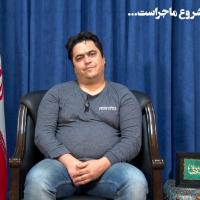 Ruhollah Zam was an Iranian activist and former journalist who lived in exile with refugee status in France and openly sought the overthrow of the Islamic Republic. He ran Telegram channels used to spread information to Iranians protesting the regime and encourages viewers to join demonstrations. Zam’s channels—particularly AmadNews—disseminated times and places of upcoming rallies to its subscribers, who numbered more than a million. He also published controversial materials undermining the regime, including documents revealing government corruption and malfeasance.

After Zam’s abduction, the French foreign ministry stated, “We reiterate our commitment to upholding the rule of law and in particular, the freedom of expression and the right of asylum, and therefore strongly confirm [sic; presumably “condemn” was intended] Ruhollah Zam’s arrest.” After Zam’s death sentence was announced, the foreign ministry denounced it as “a serious blow to freedom of expression and press freedom in Iran.”

The French Foreign Ministry said in a statement, “France condemns in the strongest possible terms this serious breach of free expression and press freedom in Iran. This is a barbaric and unacceptable act that goes against the country’s international commitments.”