Organizational Chart of the Islamic Republic of Iran

Iran’s cabinet is comprised of ministers nominated by the president and confirmed by parliament, and vice presidents who are appointed directly by the president. In practice, the cabinet retains significant managerial authority over executive departments and ministries—particularly on domestic affairs. On foreign policy, the cabinet’s role is limited. Those retaining responsibility for foreign policy files—for example the foreign minister—also have seats on the Supreme National Security Council (SNSC). The SNSC—not the cabinet—is where significant system-wide debates occur on these issues. The cabinet also gives votes of confidence in selections for provincial governors-general.

The most powerful ministerial portfolios include foreign affairs, defense, intelligence, and oil. The Office of the Supreme Leader usually requires those nominations to be pre-approved before they are sent to parliament. For example, Iran’s supreme leader blocked Hossein Alaei from being nominated as defense minister in the Rouhani administration given his outspokenness against sensitive system equities, despite his Islamic Revolutionary Guard Corps (IRGC) pedigree.

Typically, cabinet ministerships are occupied by former legislators, former members of the Artesh or IRGC, former provincial governors, onetime diplomats, and those who have served in the Iranian deep state, namely having been appointed to past posts by the Office of the Supreme Leader. A presidential cabinet in Iran does set the tone the system is choosing to present to the world at any given time. In the cabinet of Ebrahim Raisi, there is a revolving door between the judiciary, the Office of the Supreme Leader, and those with previous roles at Astan-e Quds Razavi, a massive religious foundation that Raisi previously headed. His administration is also stacked with those who have educational credentials from Imam Sadiq University, which is an Islamist ideological training ground for jihadi management in the Iranian system. This stands in contrast to the cabinet of Hassan Rouhani, which attracted figures who were educated in the West—even at universities in the United States.

Mohammad Mokhber, Iran’s first vice president, plays a leading role in the Raisi administration, given his longtime ties to the Office of the Supreme Leader. In the time Raisi has been in office as president, Mokhber has been a power broker, especially in the economic sphere, due to his tenure as the head of the Execution of Imam Khomeini’s Order (EIKO). There has also been competition and infighting among Raisi’s economic team—namely via multiple vice presidents and ministers with overlapping responsibilities. Raisi’s administration, including his cabinet, is the most sanctioned and wanted since 1979, with the president, first vice president, chief of staff, vice presidents for economic affairs, executive affairs, parliamentary affairs, the vice president and head of the Atomic Energy Organization, and the ministers of defense, interior, roads, oil, and tourism having all been sanctioned. Additionally, the vice president for economic affairs and the interior minister are wanted for aggravated murder and subject to INTERPOL Red Notices. 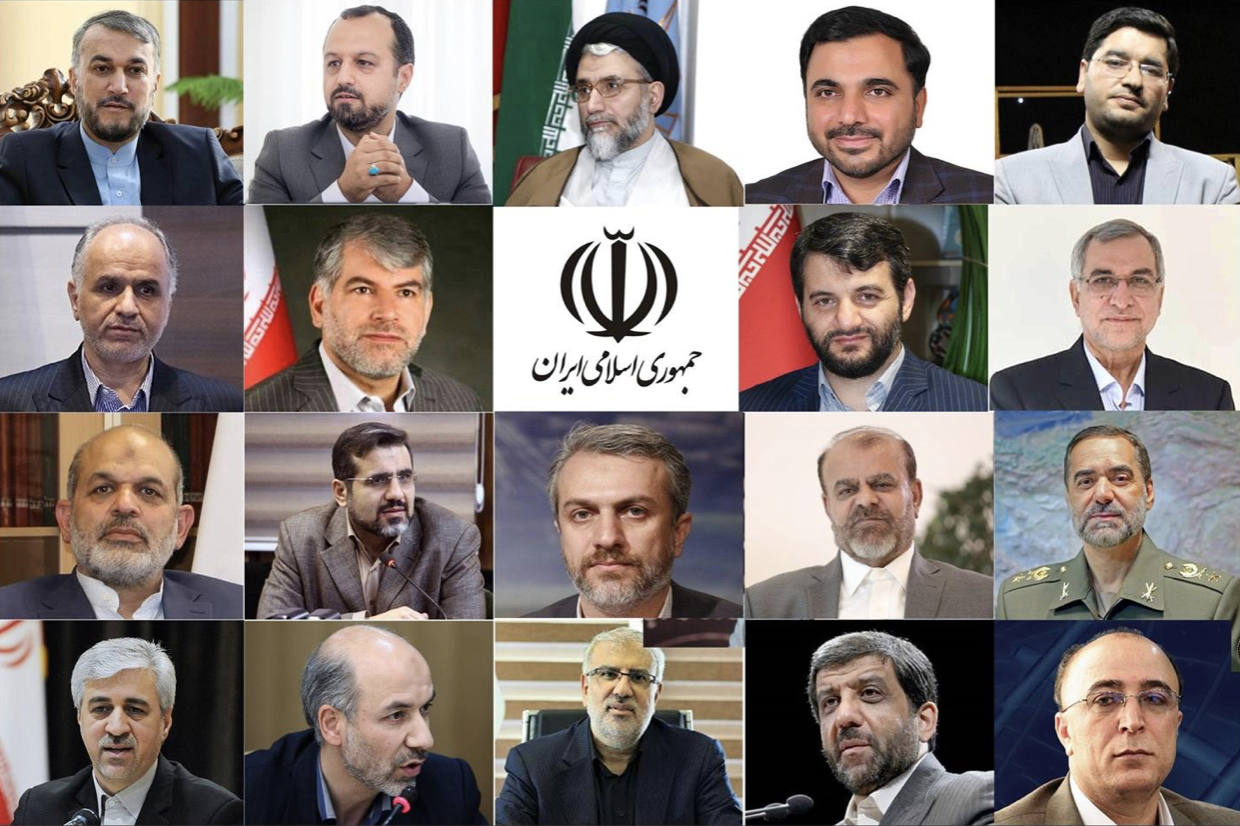