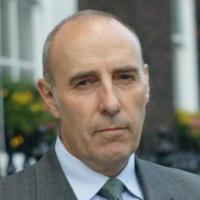 Lieutenant General Sir Graeme Lamb is a former director of UK Special Forces and Commander of the British Field Army. He was Deputy Commander to US General Petraeus in Iraq and key adviser to US General McChrystal in Afghanistan.

The epitome of a Special Forces Officer, Graeme Lamb has had a diverse and highly charged military career, culminating in key coalition roles with the US in recent conflicts. He graduated from The Royal Military Academy Sandhurst and was commissioned into The Queen’s Own Highlanders. He went on to command conventional, airborne and Special Forces in operations during virtually all of the UK’s major conflicts. After taking up the position of Deputy Commanding General Multinational Forces Iraq in 2006, he completed his service as Commander British Field Army.

Throughout his career he has found himself often operating overseas and frequently in coalition with others, in particular the United States Special Forces. These roles have ranged from small-scale counter narcotics operations in South America to Deputy Commanding General Multinational Forces in Iraq under US General Petraeus to Special Adviser to US General McChrystal in Afghanistan.

Since his retirement from the military, he is a strategic partner of C5 Capital, chairman of ITC Advisory Council and adviser to Palantir Technologies. He talks occasionally at Yale’s Jackson Institute for Global Affairs. He is also a regular media commentator on military and geo-political issues.

With a reputation as “straight-talking and unfussy” (the Guardian), Graeme is widely recognised as an authority on working in coalitions, delivering strategic objectives, and creating high-performance teams. His emphasis on separating “reconcilable and irreconcilable issues” has a profound bearing on most organisational challenges.