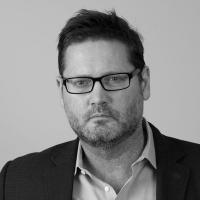 Mike Pregent is the executive director of Veterans Against the (Iran) Deal. He is a retired U.S. Army Intelligence Officer and a former Defense Intelligence Agency contracted Subject Matter Expert.

He is a senior Middle East analyst, he is an adjunct fellow at Hudson Institute, and a visiting fellow at the Institute for National Strategic Studies at the National Defense University.

Pregent is a former intelligence officer with over 28 years experience working security, terrorism, counter-insurgency, and policy issues in the Middle East, North Africa, and Southwest Asia.

He spent considerable time working malign Iranian influence in Iraq as an advisor to Iraq’s Security and Intelligence apparatus, including an embedded advisory role with Prime Minister Nouri al-Maliki’s extra-constitutional Office of the Commander-in-Chief (OCINC). An office set up to ensure IRGC-backed Shia militia party control of Iraq’s security and political process.

Pregent served in Desert Shield and Desert Storm, served as a liaison officer in Egypt during the 2000 Intifada, as a counter-insurgency intelligence officer at CENTCOM in 2001, and as a company commander in Afghanistan in 2002.

Pregent served as an embedded advisor with the Peshmerga in Mosul 2005-06. Also, as a civilian SME working for DIA, he served as a political and military advisor to USF-I focusing on reconciliation, the insurgency, and Iranian influence in Iraq from 2007-2011. He was a violent extremism and foreign fighter analyst at CENTCOM from 2011-2013.

He holds a master's degree in Strategic Public Relations from The George Washington University and is a graduate of the U.S. Army’s Defense Language Institute in Modern Standard Arabic and Egyptian Dialect. Mike is a free-lance writer for theThe Wall Street Journal and a contributing writer to the Daily Beast.