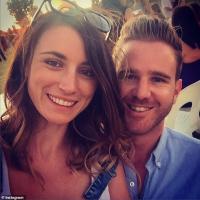 Jolie King, a British-Australian national, and her Australian boyfriend, Mark Firkin, visited Iran in 2019 as part of their plan to travel the globe by car from their home in Australia to London and blog about their trip. King is a building designer and Firkin is a construction manager.

King and Firkin were arrested in Iran in June of 2019, reportedly after they flew a drone without a permit in an area near Iranian military installations.

King was reportedly held in Tehran’s notorious Evin Prison, where, according to a fellow prisoner’s husband, she spent weeks in solitary confinement. Firkin’s whereabouts during his detention were not disclosed.

Australia’s foreign minister announced on October 5, 2019, that, after extended conversations between her and Iranian Foreign Minister Mohammad Javad Zarif, King and Firkin had been released, the charges against them were dropped, and they had returned to Australia. Simultaneously, the Australian attorney general publicly disclosed that it would not extradite to the United States an Iranian student accused of exporting U.S.-origin military radar equipment to Iran.