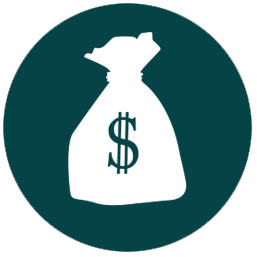 Iranian financial institutions remain locked out of the US financial system, and therefore cut off from much of the global financial system. International banks have been hit with $14 billion in fines since 2009 for violating US sanctions on Iran. The US continues to designate the entire Iranian financial sector as a jurisdiction of primary money laundering concern under Section 311 of the USA PATRIOT Act and the 2012 National Defense Authorization Act.

With the serious money laundering issues in Iran, the risks associated with banking in Iran, and therefore business broadly, continue to be significant, as strong penalties remain for those institutions that directly or indirectly facilitate prohibited transactions.

The Islamic Republic has had ample opportunity to ensure its financial sector meets global money laundering and counter-terrorist standards. Following the Joint Comprehensive Plan of Action (JCPOA) in 2015, the FATF gave Tehran four years to pass and enforce measures that would lead it to be taken off the blacklist, which is reserved for “high-risk jurisdictions,” and calls upon all member states to apply “enhanced due diligence, and in the most serious cases, countries are called upon to apply the counter-measures to protect the international financial system from the ongoing money laundering, terrorist financing and proliferation financing risks emanating from the country.” The efforts of technocrats and Reformists affiliated with the Hassan Rouhani administration did not succeed. Self-proclaimed revolutionaries and those in the IRGC strongly disapproved of certain FATF measures such as cutting funding of designated terrorist groups like Hamas and Lebanese Hezbollah, instead trying to insert loopholes that excluded their funding of these groups. FATF would have undermined the logic of its existence had it accepted these loopholes. That instance, alongside other outstanding issues, led FATF to re-impose counter-measures until the Islamic Republic meets FATF standards.