New York, N.Y.) — United Against Nuclear Iran (UANI) today announced that Israeli Ambassador to the United Nations Gilad Erdan will address the 2022 UANI Iran Summit on September 21 in a speech scheduled on the same day the President of the Islamic Republic of Iran will address the 77th UN General Assembly. Ambassador Erdan was elected Vice-President of the UN General Assembly in June 2022. 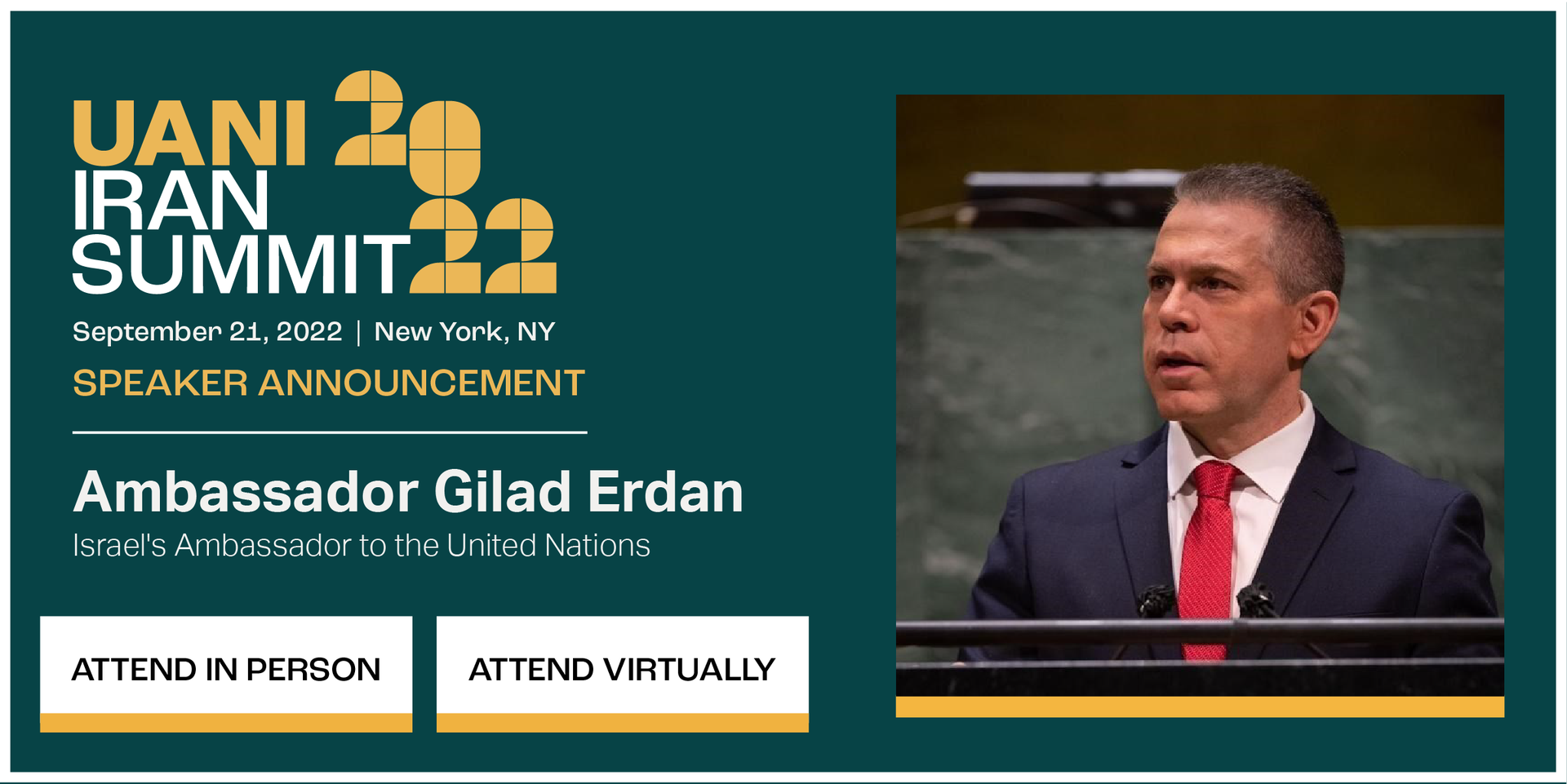 The program for the 2022 UANI Iran Summit will begin at 9:00 AM from the JW Marriott Essex House in New York. Registration is open to attend in-person or virtually through a special live stream.

All in-person attendees are also invited to submit a request to attend a private event with UANI leadership and distinguished Advisory Board members at the conclusion of the program.