As the Iran protests continue, over 240 people have been killed, with thousands more injured and detained. 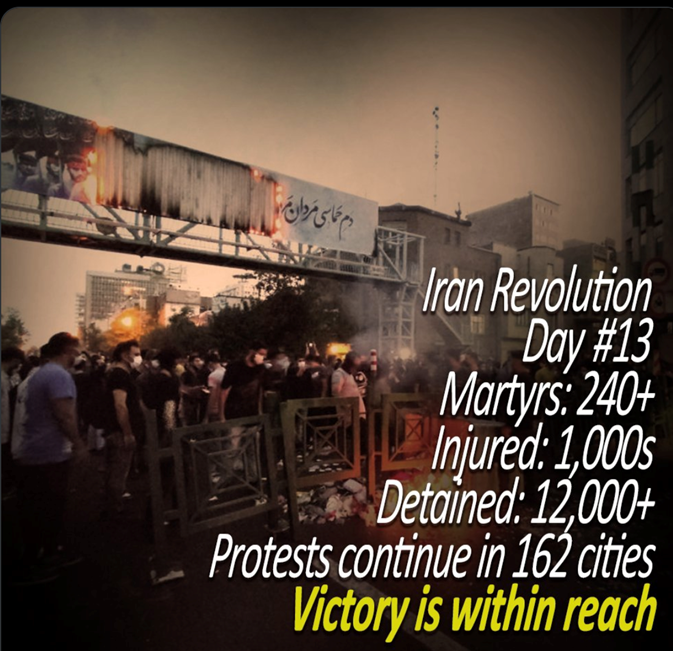 Women waved their compulsory hijab in the air on the street in Sanandaj, Kurdistan Province, western Iran. 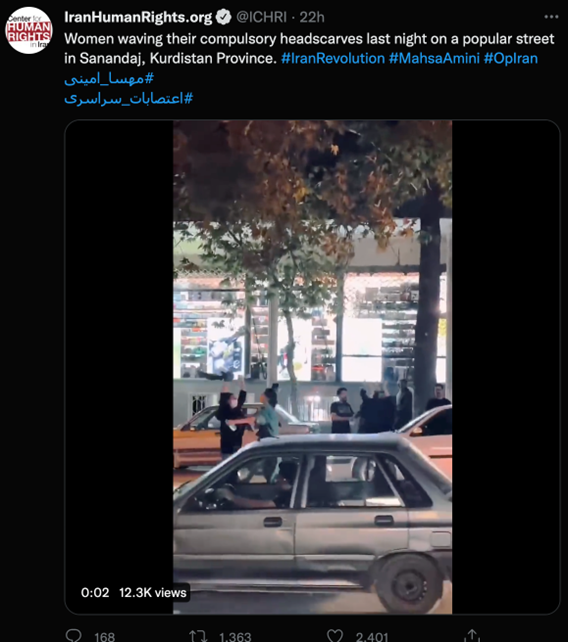 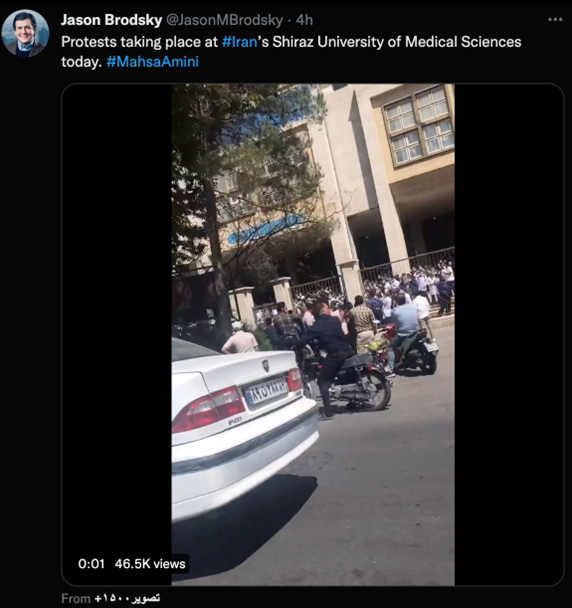 Students at Isfahan University went on strike for a second day to protest against dozens of fellow university students who were arbitrarily arrested in recent days. 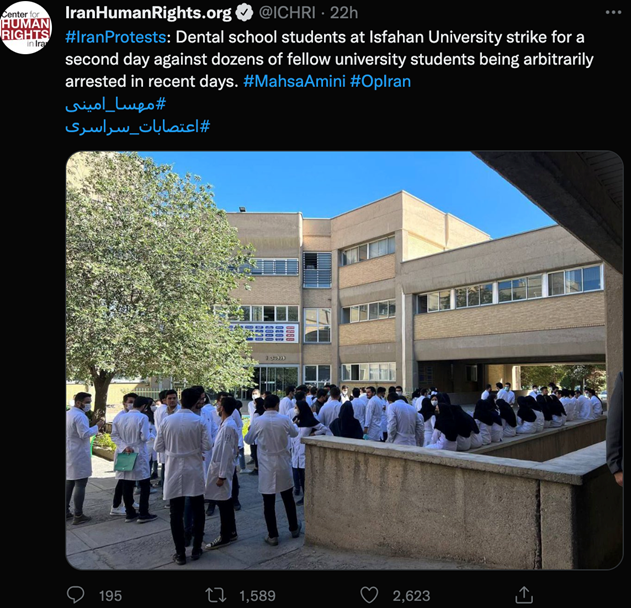 Students at Sepehr University went on a strike in support of the protest movements. 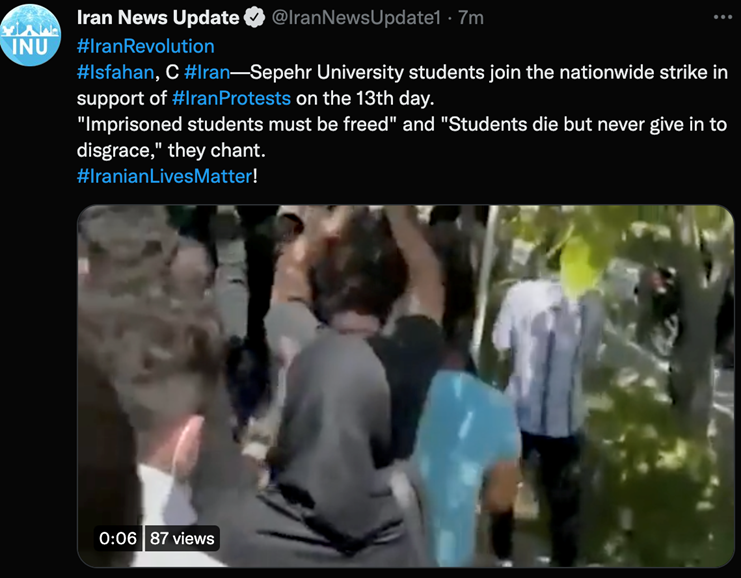 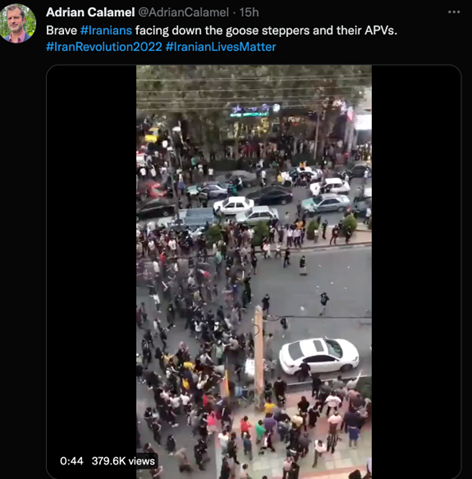 This video shows a street crowded with protesters. A security vehicle appears to flee from the scene. 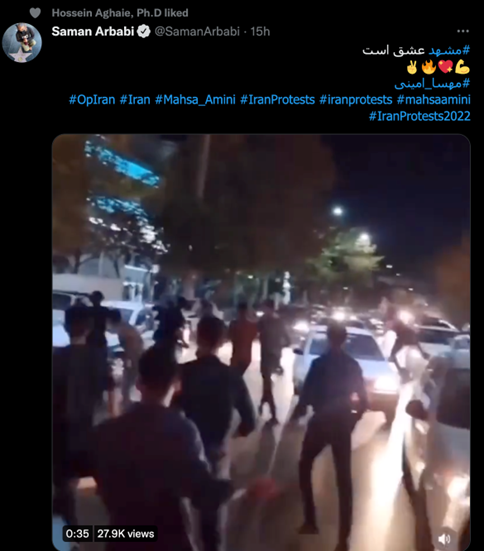 Iranian soccer players all wore black jackets to cover up their national symbols as the national anthem played at a friendly match versus Senegal. 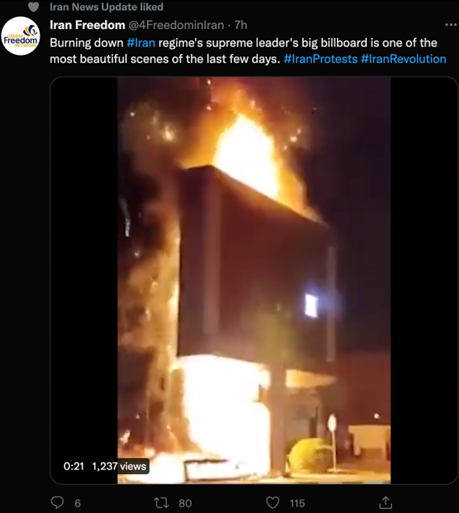 The Wall Street Journal reported that the Iranian regime is targeting celebrities who have supported the protest movement. Actors, directors, artists, poets, and sports professionals are among those who are being threatened with criminal action, suspension of their licenses, and cancellation of contracts.

Iran: At Least 33 Journalists In Jail While The World Marks #AccessToInfoDay | Reporters Without Borders

Contrary to regime officials’ account of Mahsa Amini’s death, a hacked letter written by an assistant prosecutor in Tehran revealed that authorities knew that Amini had sustained head injuries during her arrest. The letter suggests that the injuries were accidental, and could be an attempt to absolve the police of responsibility for her death.

‘Too Early To Tell’ If Iran Protests Will Sink Regime | Politico

An analyst at Politico points out that it is “too early to tell” whether the protests will result in regime-change. He notes that such an outcome may depend, in part, on whether all walks of life join in the protests.

A 45-year-old house wife who was picked up by the morality police called for systemic change in Iran. “The problem is the system,” she said. “The whole system should shut down.”

Iran’s morality police reportedly reduced their presence on the streets.

Dozens of songs, paintings, and performances have been produced to commemorate the death of Mahsa Amini.