As the protests in Iran continue, 240 people have been killed, with thousands more injured and detained. The Internet remains shut down. 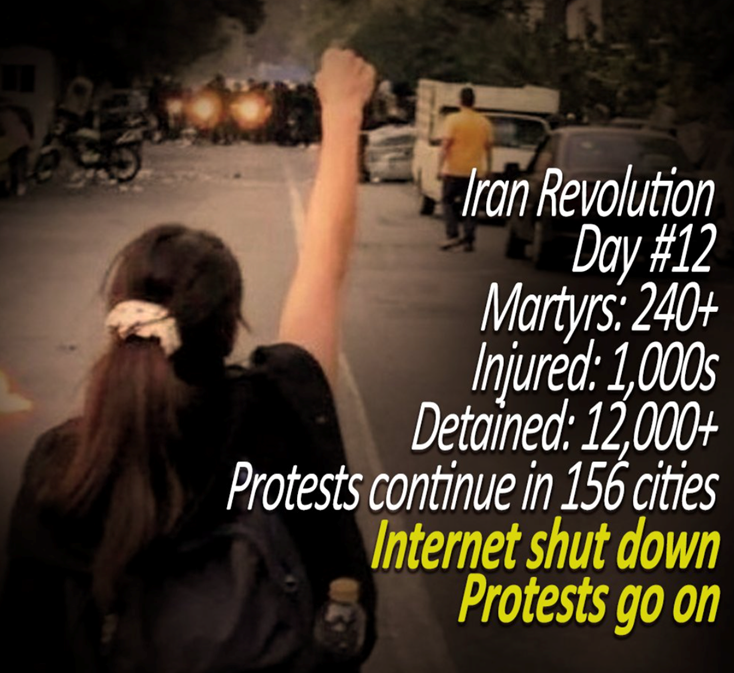 Hardline Iranian lawmaker from Tehran Mahmoud Nabavian referred to female protesters who have taken off their mandatory headscarves as prostitutes.

Marjane Satrapi, author of Persepolis, argued on CNN that young Iranians want democracy, and that they stand in solidarity with women’s rights. 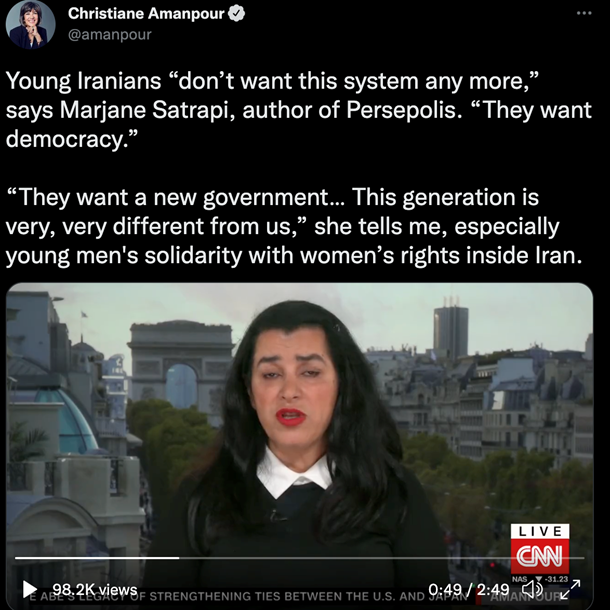 Thousands of women protesters marched in Rojava—the Kurdish northeastern region of Syria—in solidarity with Mahsa Amini. They chanted “freedom to all women of the world.” 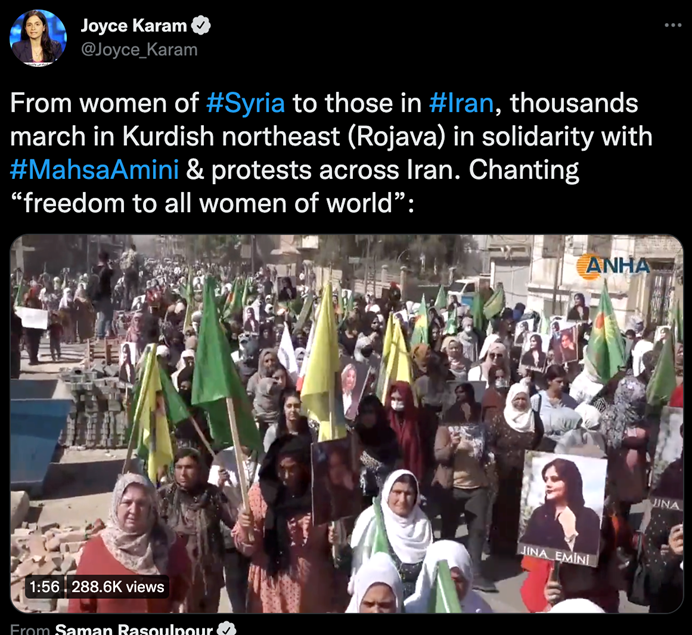 The New York Times posted video footage of women leading the protests in Iran. Some of them cut their hair in public to display their opposition to the regime and its hijab mandates. 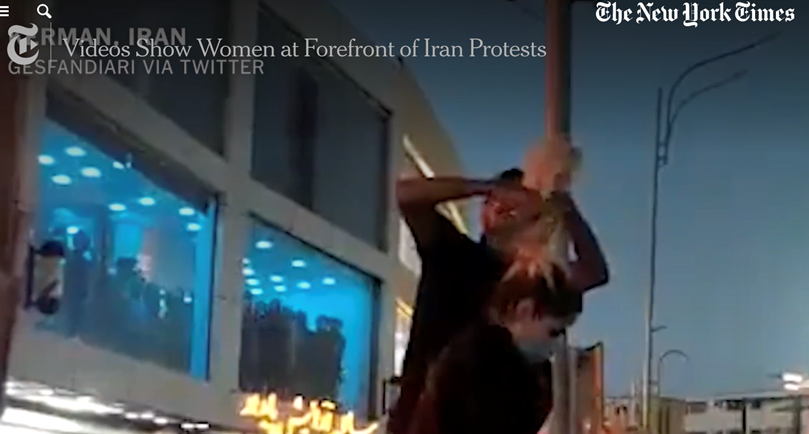 Families Urged to Report Arrested Loved Ones as Up to 3,000 Detained in Tehran | Iran Wire

Iran Wire sources report that 3,000 people have been taken to the notorious Evin Prison since the beginning of the protests.

Protesters gather in Qom, Iran, the center of Shia Islam in Iran. 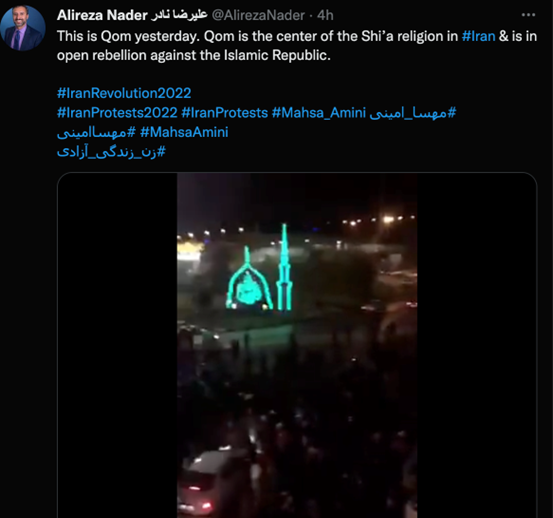 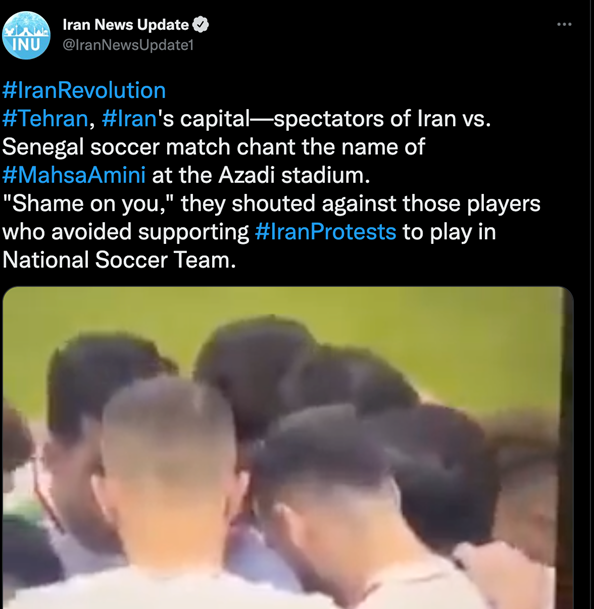 Iran Protester: 'They Said If We Didn't Keep Quiet, They Would Rape Us' | BBC

One imprisoned protestor described her time in prison, saying: “After almost a day, when we shouted and protested inside the room, they started threatening us that if we didn't keep quiet, they would rape us." The prisoners were reportedly deprived of food.

Iran’s protests have “fed on a range of grievances: collapsing economy, brazen corruption, repression and social restrictions handed down by elderly clerics.” 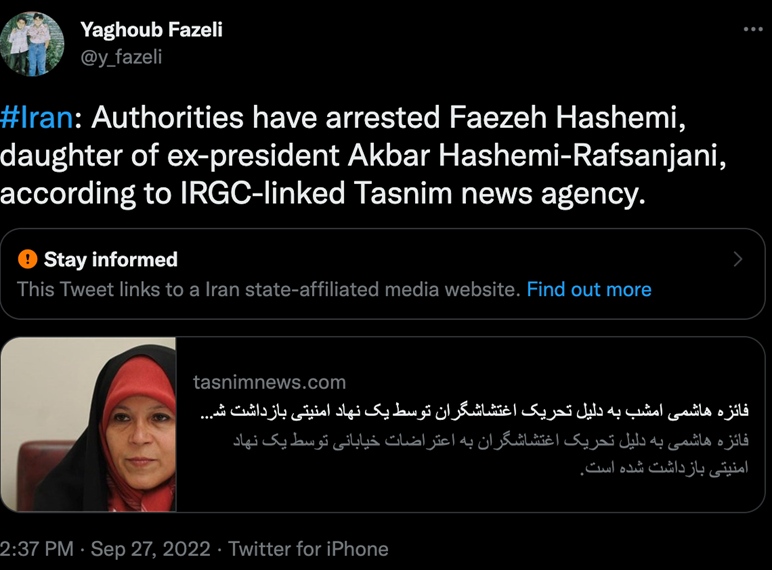 Iran’s riot police and security forces clashed with protesters in dozens of cities, including Tehran, Tabriz, Karaj, Qom, Yazd, and many others.

Iran’s foreign minister Hossein Amir-Abdollahian, who remained in New York City as late as yesterday, downplayed and deflected attention away from the protests in Iran in an interview with NPR. 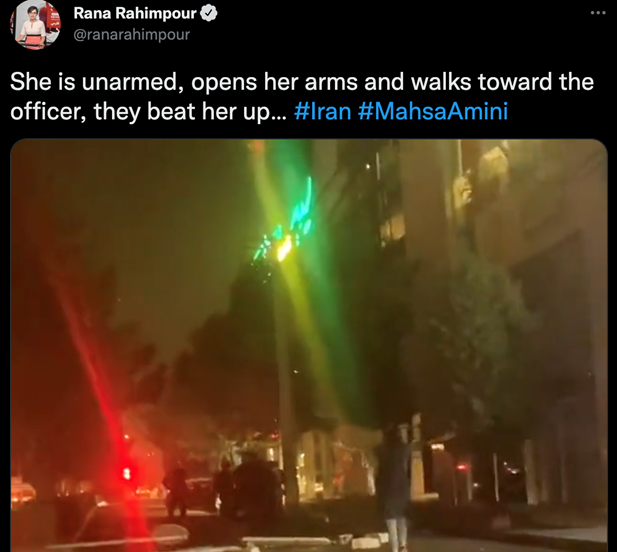