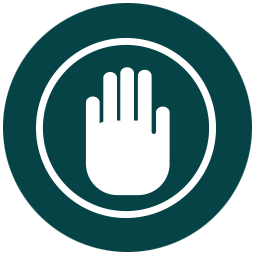 The potential re-adoption of the JCPOA does not end all sanctions imposed against Iran, its agents, and nearly all of its state-owned businesses. The relaxation of US sanctions against Iran is, with a few exceptions, limited to non-U.S. persons. US persons and companies remain largely prohibited from doing business in or with Iran because the bulk of the US trade embargo of Iran remains in place for US persons and companies. Even if the US lifts certain terrorism designations, for instance, against the Central Bank of Iran (CBI), within the context of the JCPOA, that does not necessarily mean that the actions that led to the designation have been discontinued.

Companies should also be aware of the risk of partisan paralysis in Washington DC and future re-imposition of sanctions, such as former President Donald Trump’s withdrawal from the JCPOA. As long as Washington does not secure a verifiable agreement with the Islamic Republic acceptable by reasonable swaths of Democrats and Republicans, this policy paralysis and risk of sanctions re-imposition will continue.

Broad sanctions relating to Iran’s sponsorship of international terrorism and human rights violations remain in effect and are unaffected by Iran’s stated decision to curtail its nuclear activities.  According to the US Treasury Department, “more than 200 Iran-linked companies and individuals will remain designated by the United States and subject to direct US and secondary sanctions [outside of US jurisdiction].”

The penalties imposed for violating sanctions are significant, including asset freezes, prohibitions on transactions with the US financial system, and bans on the importation of U.S.-origin goods.  Civil or criminal penalties may also be assessed under the U.S. Anti-Terrorism Act and the Iranian Transactions and Sanctions Regulations, which authorize sanctions on any persons, including U.S.-based companies, who provide financial, material, or technological support to or on behalf of foreign persons designated for involvement in acts of terrorism that threaten US national security.